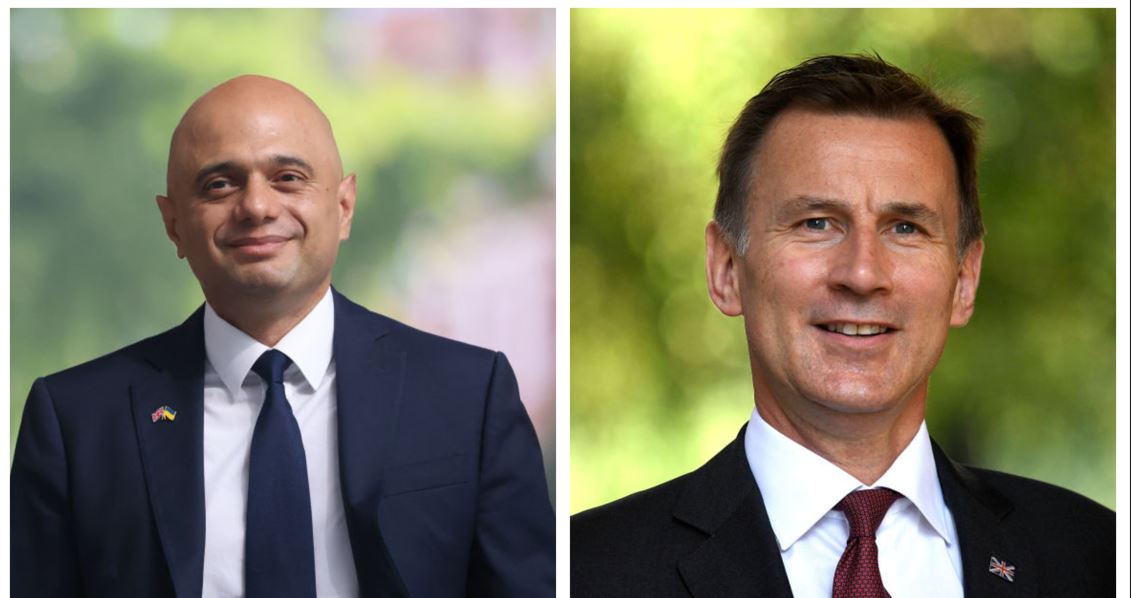 BRITAIN’s former health secretaries have launched leadership bids to succeed Boris Johnson as prime minister, according to a report.

Jeremy Hunt and Sajid Javid used interviews with the Telegraph newspaper to announce their intention.

Both Hunt, who lost out to Johnson in the 2019 leadership race, and Javid, said as leader they would cut corporation tax to 15 per cent, while Javid also said he would reverse an increase in social security contributions which took place in April. The current corporation tax rate is 25 per cent.

“It’s very straightforward why I want to do it,” Hunt told the Telegraph of his plans to run. “It is because we have to restore trust, grow the economy, and win the next election.”

Javid, who is also a former finance minister, told the newspaper: “We cannot afford not to have tax cuts.”

Transport secretary Grant Shapps and finance minister Nadhim Zahawi had earlier launched their campaigns. According to reports, there are eight candidates already, with at least two more still expected to join the race.

An increase in national security contributions was introduced during Javid’s time as health secretary to fund the NHS and social care.

In an apparent attack on Rishi Sunak, his rival for the leadership, Javid told the Telegraph: “I’m not sure I would have done it if I had been chancellor, but I was focused on my job and I’m not trying to do other people’s jobs for them.”

Recently, Rishi Sunak announced he will stand in the Conservative Party leadership contest via a slickly-produced video.

Posting a clip on Twitter, alongside a #Ready4Rishi hashtag, he wrote: “I’m standing to be the next leader of the Conservative Party and your Prime Minister.

Meanwhile, Javid also announced the idea to bring forward the planned 1 per cent income tax cut to next year and a further temporary cut to fuel duty.

Hunt, 55, said he had plans to scrap business rates for the most deprived parts of the country for five years. He also revealed plans to slash corporation tax to 15 per cent, the lowest level allowed under a recent agreement of the G20.

Hunt also criticised Johnson’s levelling-up agenda for being “far too New Labour”. He also pledged to immediately slash the 19 per cent rate to 15 per cent in an autumn budget.

According to the report, he also argued that he was the ‘only major candidate who ‘has not served in Boris Johnson’s government’.