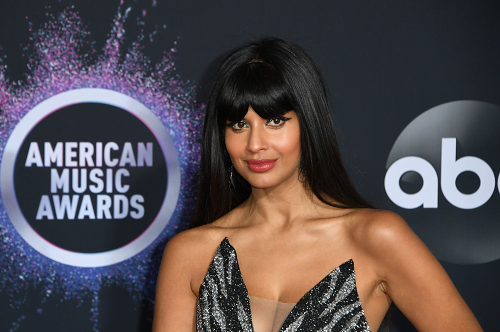 Apart from her acting credits in a number of successful television shows and films, Jameela Jamil is also known for her strong opinions on a variety of topics like body image, mental health and disability.

The How to Build a Girl (2019) star is currently busy promoting a new six-part podcast series from P&G Studios, Equal Too. Jamil hopes the series will challenge perceptions of those who have a disability to create a more inclusive world. For the unversed, she also hosts the podcast, I WEIGH, which actually started as a social media post before growing into a mental health movement.

Talking to a publication from her home in Los Angeles, the actor and activist opened up about prioritising her mental health, what representation looks like to her and why it is so important, and much more.

Talking about her day-to-day approach to mental health, Jamil said, “I prioritize it above everything else and be completely unapologetic about it. Nothing is as important to me than my mental health; nobody is worth more of my time and energy, nobody is valued above my own peace. It is unapologetically my life goal and my ultimate definition of my personal success to be happy.”

When asked what does representation look like to her, she said, “I grew up a young South Asian kid and very sick; I felt invisible because there was no representation. I could never be the hero of my own story. People with disabilities are always shown as the tragedy to create a story arc for the non-disabled hero. You’re never a protagonist with dignity — you’re almost too painful to look at, an inconvenience, often painted as bitter, often played by a non-disabled actor. We’ve given the disabled community no space to be portrayed as living the regular lives they do! It’s time we start showing them in the light that is true to them, and let them write their own stories and lead their own charge in the world.”

“We can’t keep erasing such a ginormous portion of the population, and we’re denying ourselves of extraordinary people with extraordinary perspectives. The people who I’ve learned the most from (and I’m not deifying them!) are my friends who have disabilities because they come at the world from an unimaginable angle. There’s so much we can learn from the people who kept their cool last year: the disabled people who have been living like this for years.”

On the work front, Jameela Jamil next will be seen in Marvel Studios’ She-Hulk television series at Disney Plus.