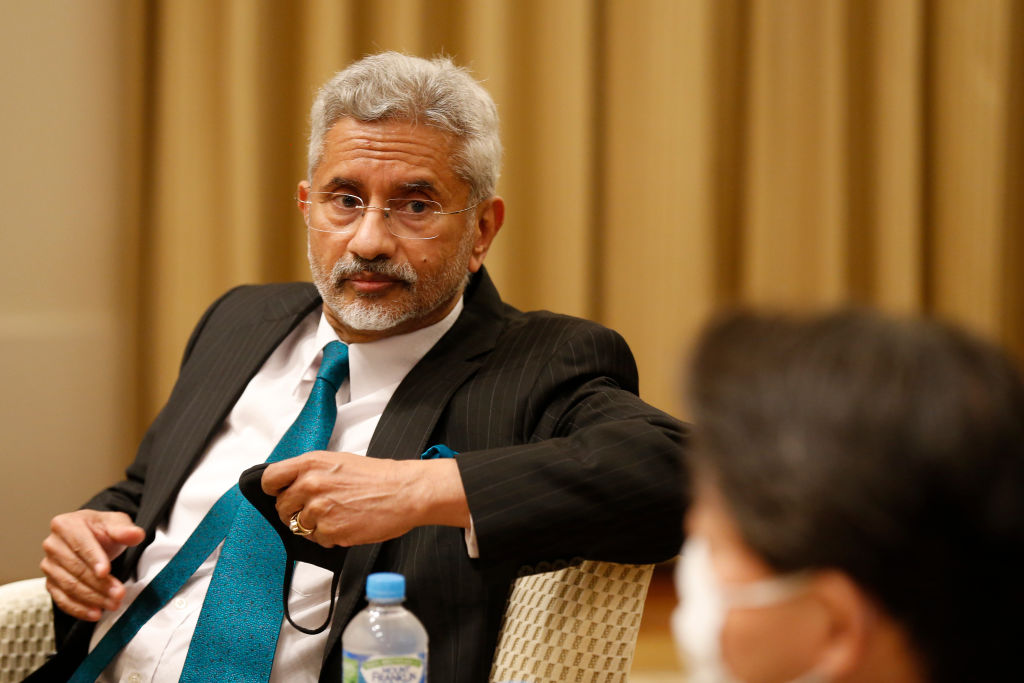 “Har Ghar Tiranga” is an initiative by the Ministry of Culture to mark celebrations for India’s 75th year of Independence. As part of the campaign, citizens will be encouraged to hoist the tricolour at their homes during August 13-15. “In India or abroad, do join the Har Ghar Tiranga movement between 13th and 15th August,” Jaishankar said in a tweet.

The EAM said that the Indian Flag has been the most visible symbol of what it means to be an Indian.

“Today, 75 years after the tricolour was adopted as our national flag, reaffirm our commitment to ensuring that it always keeps flying high,” he added.

To strengthen the Har Ghar Tiranga Movement, Prime Minister Narendra Modi also urged people to hoist or display the tricolour at homes between August 13 and 15 stating that this movement will deepen the connection of the Indians with the national flag.

Taking to Twitter, PM Modi said July 22 has special relevance in India’s history as on this day in 1947 the National Flag was adopted.

“This year, when we are marking Azadi Ka Amrit Mahotsav, let us strengthen the Har Ghar Tiranga Movement. Hoist the Tricolour or display it in your homes between August 13 and 15. This movement will deepen our connection with the national flag,” he said.

He also shared some interesting nuggets from history including details of the committee associated with our Tricolour and the first Tricolour unfurled by Pandit Nehru.

“Today, 22nd July has special relevance in our history. It was on this day in 1947 that our National Flag was adopted. Sharing some interesting nuggets from history including details of the committee associated with our Tricolour and the first Tricolour unfurled by Pandit Nehru,” PM Modi said in a tweet.

The Prime Minister also recalled the monumental courage and efforts of all those who dreamt of a flag for free India when the country was fighting colonial rule.

“Today, we recall the monumental courage and efforts of all those who dreamt of a flag for free India when we were fighting colonial rule. We reiterate our commitment to fulfil their vision and build India of their dreams,” PM Modi added.

“One nation, one identity- Our Tiranga! In the 75th year of our independence, let’s bring our National Flag home, proudly fly it from 13th to 15th August and show the world we are one! HarGharTiranga,” the Ministry of Culture tweeted.

The Har Ghar Tiranga initiative will inspire the public to hoist the national flag in their homes. The idea behind the initiative was to invoke the feeling of patriotism in the hearts of the people.

Ministry of Culture is Nodal Agency for the ‘Har Ghar Tiranga’ campaign and Ministry will seek help from State Governments to mobilize all resources, housing, and urban development departments and local bodies including municipal bodies and Panchayati Raj institutions for furthering the goals of the campaign.