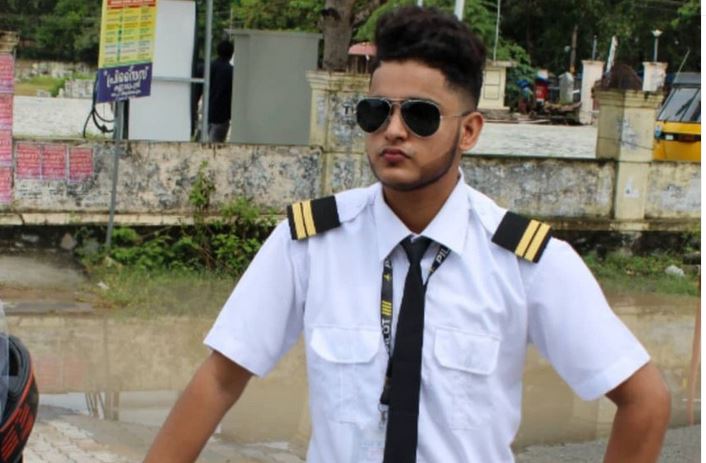 The Directorate General of Civil Aviation (DGCA) on Wednesday (13) asked Kerala native Adam Harry, 23, to get his “medical procedures” done.

“I received an email from DGCA and it looked somewhat positive. I will do as per the directions but my fight will not stop even if my issues are resolved,” Harry was quoted as saying by India’s Times Now TV channel.

Though he is ready to obey DGCA guidelines, Harry wants the regulator to give specific guidelines for licensing and separate medical standards for transgender candidates who want to become pilots.

In his opinion, India’s discriminatory system is affecting transpersons. The DGCA has also asked Harry to apply for a name change as he had used his now-defunct name-Aisha TS-for registration. Besides, he will have to register on the e-governance of civil aviation portal as “transgender”.

Two years ago, the DGCA ruled that he was ‘unfit’ to fly since the youth was undergoing hormone replacement therapy. But, on Monday (11), India’s ministry of social justice and empowerment has termed the denial as “discriminatory”.

In 2020, Harry applied for a medical examination to change his private pilot’s licence in South Africa to India to join pilot training in his home state.

Following tests, it was ordered that he was unfit to fly for six months.

Harry revealed that the DGCA asked him to complete the hormone therapy and later seeks to review the medical examination.

“There is no completion to this therapy. It is a lifelong transition,” he said.

When he stopped medication in August 2020, the regulator gave him the green light till 23 August 2022. But he was asked to stop hormone therapy.

Later, he resumed the therapy and now he wants to fly without giving up the medication.

“There are lot of pilots who are flying on therapy across the world. The problem is that we do not have particular guidelines for transgender people who are undertaking hormone therapy in India,” Harry was quoted as saying by the Independent.

He also plans to lodge a petition in the Kerala high court seeking to change the present “transphobic system” in the aviation sector.

Now, the regulator says Harry has not completed the required hours of flying to be eligible for a commercial pilot’s licence.

Responding to the allegation, Harry said he had already received clearance for flying in South Africa, which is valid till 2026.

Now, he is expecting a scholarship from Kerala government’s welfare fund for transgender people to pursue his dream of being a pilot in South Africa.

UK visa delay: British High Commissioner to India apologises, says ‘here’s what you can do’;…

There is no agenda when I do stand-up: Comedian Zakir Khan

Karnataka warns against cattle slaughter on Bakrid, warns of stern action against offenders

For the first time in India’s history, no Muslim MP in ruling party