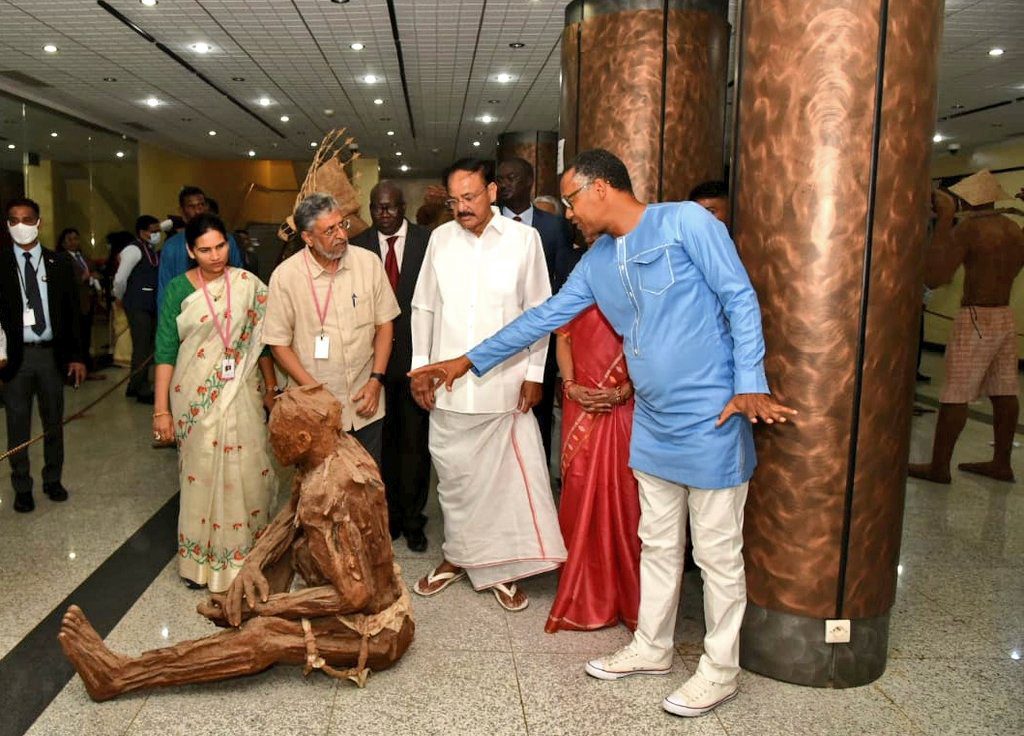 INDIA and Senegal are celebrating the 60th anniversary of the establishment of diplomatic relations this year.

Through their achievements and contributions to Senegal’s development, the Indian diaspora has created immense goodwill for India, vice president M Venkaiah Naidu has said as he attended a reception hosted by the community members in Dakar.

India and Senegal are celebrating the 60th anniversary of the establishment of diplomatic relations this year.

According to the website of the Indian Embassy in Dakar, Senegal has around 500 Indian community members. Most of them are working for Indian companies, including those executing development projects under Lines of Credit extended by India. Some of them are running their own businesses.

Naidu arrived in Dakar on Wednesday (1) on the second leg of his three-nation tour to Gabon, Senegal and Qatar.

Naidu attended a reception hosted by the Indian community in Dakar, the vice president’s official Twitter account tweeted, sharing photographs of the event.

Noting that there is a thriving Indian community in Africa, the Naidu said, “Through their achievements and contribution to Senegal’s development, the Indian diaspora has created immense goodwill for the country. They have, indeed, been true cultural ambassadors of India.”

Naidu on Thursday (2) held wide-ranging talks with Senegalese president Macky Sall during which the two countries agreed to further strengthen cooperation in sectors like defence, agriculture, railways, health and energy.

As part of his ongoing visit to Africa, India and Senegal signed three MoUs pertaining to visa-free travel for officials, cooperation in youth matters and cultural exchange.

While Naidu’s visit is the first by any Indian vice president to all three countries, it marks the first-ever high-level visit from India to Gabon and Senegal.

From Gulabi Meenakari to Kashmiri carpet: Here’s what PM Modi gifted to world leaders at…

The Indians living abroad are success story of India, brand ambassadors of our success: PM…

Look forward to fruitful discussions with world leaders during the Summit: PM Modi in Germany…