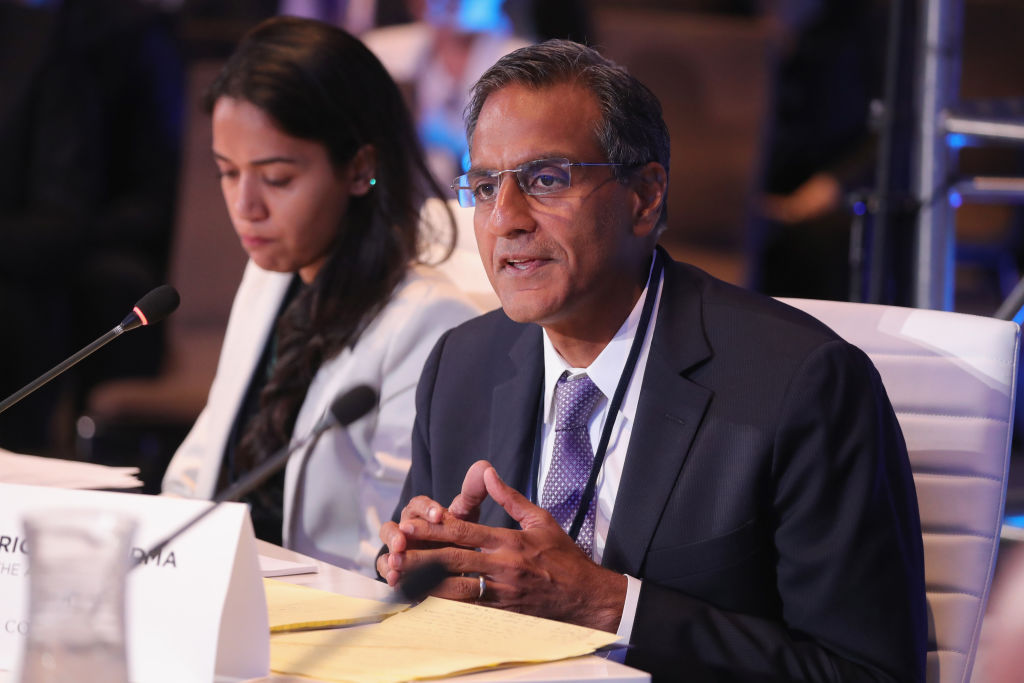 The Indian diaspora here has welcomed the nomination of Indian-American lawyer diplomat Richard Verma, also a former US ambassador to India, to a top diplomatic position, saying President Joe Biden has made an “inspired choice”.

Biden on Friday announced his intent to nominate Verma to be Deputy Secretary of State for Management and Resources. If confirmed by the US Senate, Verma, 54, would be the highest-ranking Indian-American in the State Department.

Currently Chief Legal Officer and Head of Global Public Policy at Mastercard, Verma, served as the US’ Ambassador to India from January 16, 2015, to January 20, 2017.

“In nominating Verma to this very senior State Department role, President Biden and Secretary Antony Blinken have made an inspired choice,” leading diaspora organisation ‘Indiaspora’ said in a statement.

“Because of his ample high-level experience in the executive and legislative branches of government, his diplomatic vantage point as the 25th United States Ambassador to India, where he oversees one of the largest US Missions in the world including four consulates across India and nearly every agency of the US government, and his international private sector leadership background as a partner at the global law firm of Steptoe & Johnson LLP and as Senior Counselor to the Albright Stonebridge Group, Verma is exactly the right person to serve the country in the top echelons of the State Department,” Indiaspora said.

“The breadth and depth of his experience and vision will make him a potent leader in protecting and promoting American interests and values around the world,” he said. Verma’s long-standing track record of dedicated public service, principled leadership on global issues, and a fierce belief in the United States render him the ideal nominee, he said. “The President could not have named a better nominee,” Desai said.

“His entire public service career has been one first. By becoming the highest-ranking Indian American in the US government if confirmed, his latest nomination to serve as the chief operating officer of the State Department is no exception. He is an inspiration through example,” Desai said.

“Rich Verma’s nomination today hopefully heralds the return of one of America’s most talented, committed, and effective public servants. The country is safer and stronger when he is serving its ranks,” Desai said.