I will put my name in this month’s IPL auction: Adil Rashid 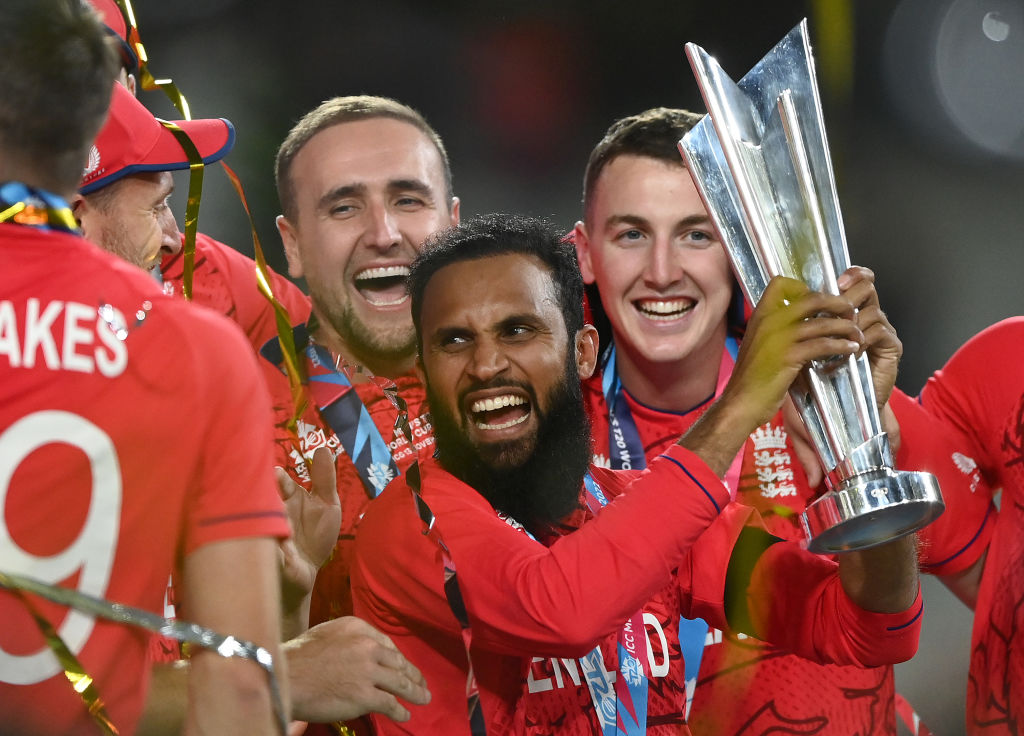 Rashid, who literally choked India and Pakistan in the semi-final and final with high-profile scalps like Suryakumar Yadav and Babar Azam, could once again be seen in an IPL team jersey after his stint with Punjab Kings.

“Yes, I will be putting up my name in IPL auctions this time,” Rashid told PTI after the World Cup final on Sunday.

When asked if he has been in talks with any team, he replied in the negative.

While Rashid might have got only four wickets in six games, he finished his full quota of overs in all games at an economy rate of 6.12.

And what could interest the franchisees is the pace at which he bowled, potentially making him more effective than ever on tracks like Eden Gardens, Chepauk or Uppal.

He explained how he has decreased his pace and gone for more flighted deliveries like the googly to fool Pakistan skipper Babar Azam.

“Babar’s googly, I don’t if it was the turning point of the match but I was definitely getting some turn. I don’t know about Shadab Khan or Liam Livingstone.

” I was bowling a bit more slow today and got the big leggies (leg breaks) going my way. Normally I bowl a bit quicker and bit shorter. That was my game plan for me and that’s the way I bowl,” Adil explained his strategy.

While Shadab and Livingstone (when he bowls leg spin) are much quicker through the air, Rashid believes in taking the opposite route.

“Shadab and Liam bowls it a bit quicker and everyone has got their own way. For me, slower I bowl better it is.”

England has stayed true to its philosophy.

The England team’s massive transformation over the last seven years has been discussed to death but Rashid believes that they have not only tried to win games of cricket but also entertain the viewing public.

“For past seven to eight years, we have taken the approach of being positive.

Being fearless with bat and ball, trying to entertain but also being true to ourselves. Two World Cups and it’s working well for us,” said Rashid.

The multicultural inclusive nature of the English dressing room from Eoin Morgan’s time has helped Rashid evolve as a practitioner of wrist spin.

So when a Pakistani reporter spoke in chaste Punjabi and asked for an autograph, he laughed.

Did he and another player of Pakistani descent, Moeen Ali, faced pressure from friends and family back home (British Pakistanis)? “Yes, it could be as back home we have got a lot of supporters, who have a family history related to Pakistan.

“Deep down both me and Moeen know we have got a lot of fans and friends who support our rivalry in a good way.” The county from which Rashid hails, the Yorkshire CCC, has been one of the most notorious on the English county circuit and faced charges of institutional racism.

But at the international level, Rashid is a loved and revered member of the English set-up.

“Definitely, we have gelled quite well. We have helped each other, we all had our ups and down but we all travelled in one direction with positivity and togetherness on and off the pitch,” he concluded.

October 23 will always be special: Virat Kohli reminisces on match-winning knock against…