‘I don’t vote in this country, my husband can and one day, my daughter will,’ says Priyanka Chopra as she and US Vice President Kamala Harris discuss voting rights in America 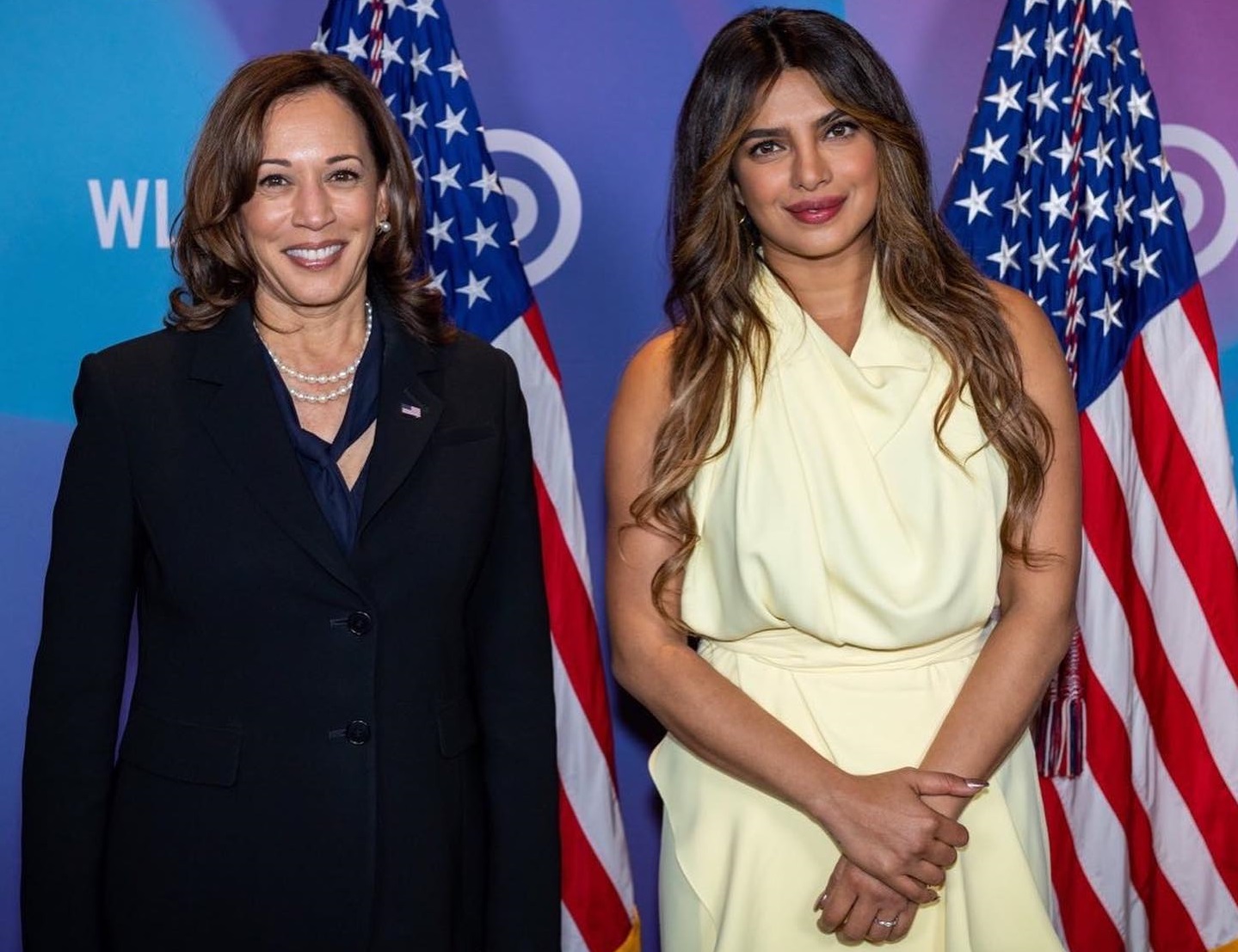 Priyanka Chopra, who now lives in the United States with her husband Nick Jonas, took to Instagram to share a note on her discussion with US Vice President Kamala Harris. Both women held their discussion at the Democratic National Committee’s Women’s Leadership Forum conference in Washington DC.

Sharing a photo with Harris, Chopra recalled her experience of interacting with the US Vice President. “Women belong in all places where decisions are being made. It shouldn’t be that women are the exception,” the actress started the caption with Ruth Bader Ginsburg’s quote.

She then went on to add, “Since the very beginning, the world has undermined the power of women. We’ve been shunned and silenced, but thanks to the scarifies and tenacity of so many selfless women, we are in a place today where we can come together and work collectively to right the wrongs. This was a key takeaway from the conversation I had the honour to moderate with @vp, Kamala Harris at the Women’s Leadership Forum conference in Washington DC last night.”

Chopra also encouraged Americans to step out of their homes and cast their votes from November 8th. She wrote, “Over the last two years, humanity has experienced some of the biggest challenges that we will see in our lifetime. We are faced with an urgent need for stability and progress, and for America that starts at the polls on November 8th. Everyone has a role to play towards that… to be part of the civic process and to exercise the right to vote, especially women because we need to be actively involved in ensuring our rights are being taken care of.”

he actress also said that though she doesn’t vote in the US, her husband Nick Jonas does and one day, her daughter Malti Marie Chopra Jonas will too. “While I don’t vote in this country – my husband can and one day, my daughter will. My conversation with VP Harris centred around the most pressing issues, that, in order to be addressed, needs to have a clear vision and plan,” she wrote.

On the work front, Priyanka Chopra is looking forward to the worldwide premiere of her upcoming show Citadel, created by the Russo Brothers.

Eisha Singh: I become my character