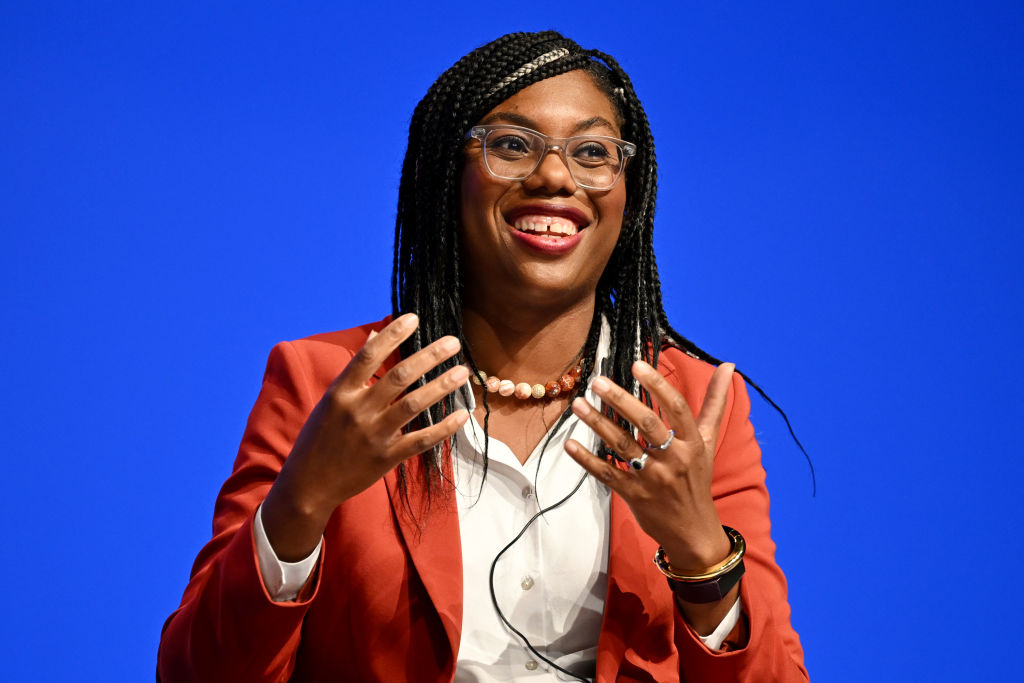 BIRMINGHAM, ENGLAND – OCTOBER 03: British Secretary of State for International Trade and President of the Board of Trade Kemi Badenoch speaks on day two of the annual Conservative Party conference on October 3, 2022 in Birmingham, England. This year the Conservative Party Conference will be looking at “Getting Britain Moving” with more jobs and higher salaries. (Photo by Leon Neal/Getty Images)

Britain’s trade minister in charge of negotiating a free trade agreement (FTA) with India says clinching a high-quality deal is among her top priorities for the year, while admitting the talks had hit a “bit of an impasse” which she broke by flying to New Delhi last month.

In a speech addressing business leaders at Lancaster House in London on Tuesday, Trade Secretary Kemi Badenoch insisted the FTA talks are now “back on track”. It comes after the Diwali 2022 deadline for the FTA set by former prime minister Boris Johnson was missed last October amid political turmoil in Britain.

“Some of you will know I was a software engineer and a systems analyst before I became a politician. That means I’m a problem solver at heart,” said Badenoch.

“So when our Indian trade talks hit a bit of an impasse, I didn’t pick up the phone, I got on a plane. That deal’s not done yet, but it’s back on track,” she said.

Badenoch was in New Delhi in early December to hold talks with her counterpart, Commerce and Industry Minister Piyush Goyal, and kick off the sixth round of FTA talks. The seventh round is expected in the UK in the coming weeks, with both sides reluctant to set a new deadline for completing the negotiations.

“We will seal high-quality deals with India and CPTPP (Comprehensive and Progressive Agreement for Trans-Pacific Partnership) – they have a combined population of nearly 2 billion consumers – opening exciting opportunities in fast-growing markets for years to come,” Badenoch said.

“But I want to be clear that just signing on the dotted line is not the objective. These deals will only be agreed if they are the right deals for the people of this country. Bringing in jobs and investment to left-behind communities and capitalising on those areas in which we specialise,” she added.

With reference to the work being done by her Department for International Trade (DIT) in opening up the Indian market for UK businesses, the minister flagged the example of a north-west England pet food company. The Lancashire firm called VetPlus reportedly approached the DIT recently over a “paperwork problem” in selling their pet food products into India.

“We fixed it. And the company now expects to do £1.5 million of additional business over the next five years. This is where my team comes in,” she declared.

“The UK is a leading destination for foreign investment. However, this position is not a given. There is fierce global competition for every pound of finance. I want to make the UK the most attractive place to invest in Europe, enticing companies from across the world to put their money into communities across the country,” she said.

According to official UK government data, India-UK bilateral trade currently stands at around £29.6 billion a year. Both sides formally launched FTA negotiations at the start of last year with the ambition to significantly boost that two-way exchange.