Have been hearing it for 10 years now: Shikhar Dhawan on being criticized for not scoring 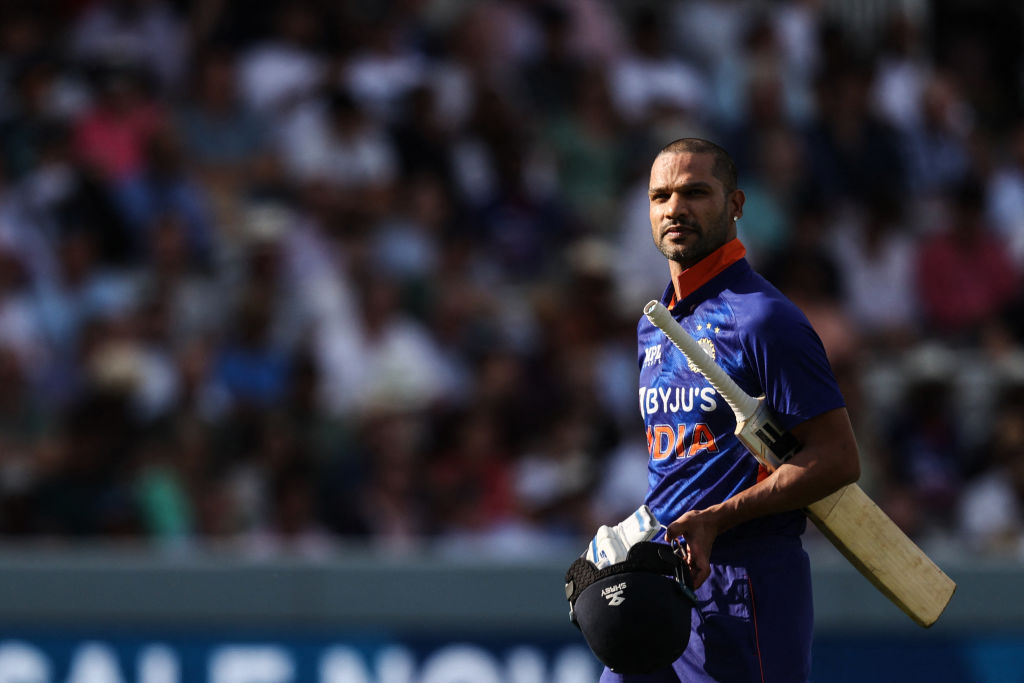 Team India opener Shikhar Dhawan said that he is not troubled by the criticism that he faces after almost every time he failed to score big in a couple of matches.

Dhawan will become the seventh skipper to lead India this year during the three-match ODI series against the Men in Maroon. The 36-year-old said that he wouldn’t have been where he is today if he had let criticism affect his play.

“I don’t feel strange. Have been hearing it for 10 years now. They keep saying, I keep playing. It doesn’t matter to me. If it did, I wouldn’t have been here today. Everyone has their own opinions, but I know my job and what I need to do. I have been doing this for so many years. I don’t take a lot of tension after a couple of failures. I self-analyze and look to improve. That’s what matters to me,” Dhawan said in a pre-match press conference.

Before the England ODIs, the opening batter impressed during the ODI series in South Africa, which was played at the start of 2022. He smashed 169 runs in three matches, including two half-centuries.
Original captain Rohit Sharma and experienced players like Virat Kohli, Jasprit Bumrah and Hardik Pandya have been rested for the ODI series. As a result, Dhawan will be leading a fairly young team in the Caribbean.

Taking about his role in the team and new captaincy assignment, Dhawan said, “I am very excited. When I get a chance to work with youngsters, I feel I can share my experience with them, especially the mental aspect of how one can grow. I always love to share it and bring an impact in their game.”

Accepting that there is always pressure in the game, Dhawan claimed that he won’t change his playing style or nature.

“Pressure is always there in international cricket. But the pressure will not change my personality or my style of play. I have a lot of self-belief in myself and in my team as well. We will go in with the will to win at any cost,” he added.

The three ODI matches will be played on 22 July, 24 July and 27 July at the historic Queen’s Park Oval. They will be followed by a five-match T20I series from July 29 to August 7.