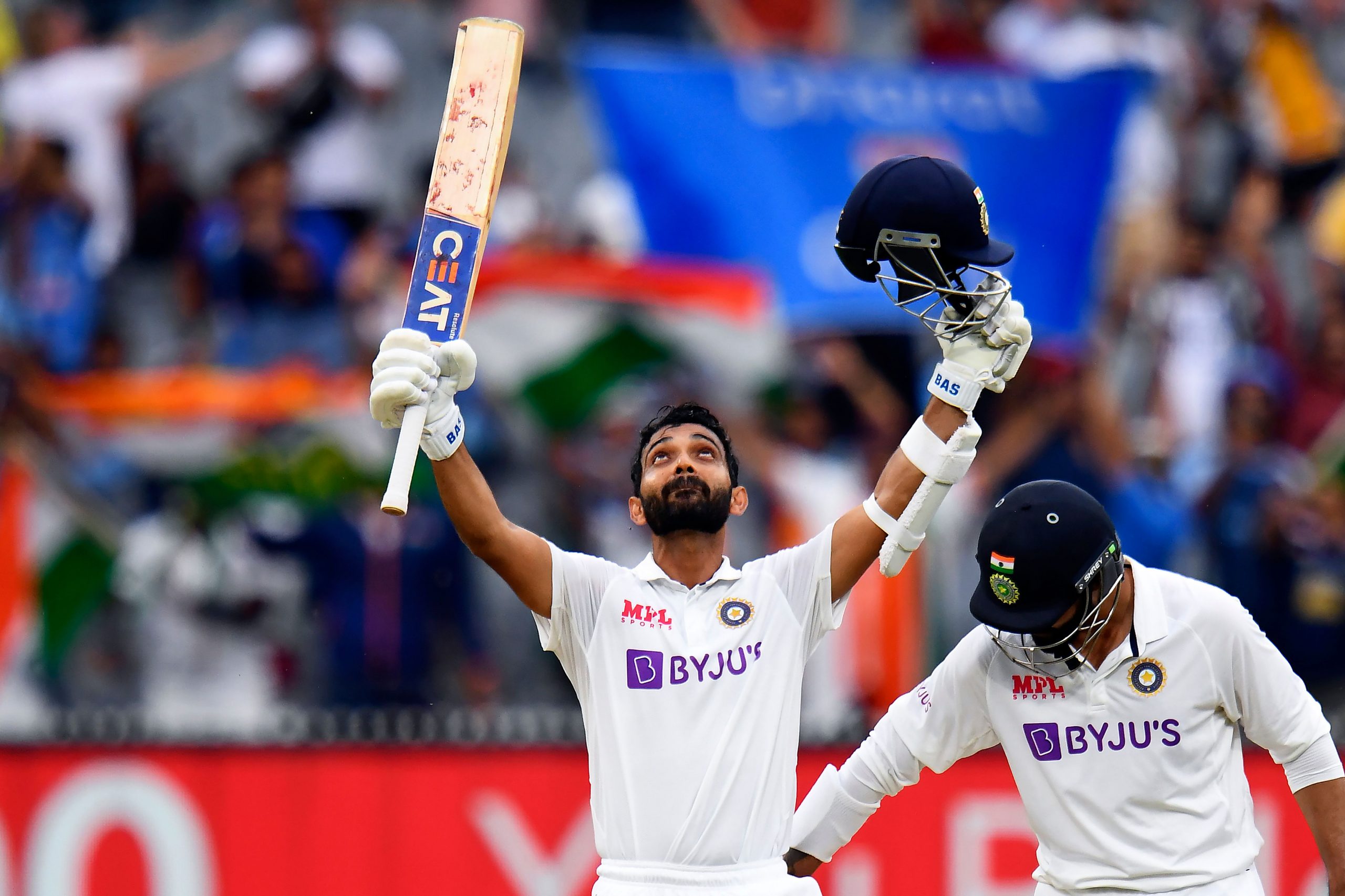 It was a determined and crucial knock against a world-class attack by the mild-mannered 32-year-old, who assumed the captaincy from Virat Kohli after he returned home for the birth of his first child.

Batting at four, he faced 200 balls for his 104 to steer India to 277 for five before rain ended play 15 minutes early. Ravindra Jadeja was not out 40.

The hosts took just four wickets during a frustrating day in the field as the match began to slip away with India zeroing in on levelling the series after losing the first Test by eight wickets in Adelaide.

“Not our best day, but not our worst,” said Australia’s Mitchell Starc, who has two wickets but also saw catches put down off his bowling.

“Jinx (Rahane) batted really well through the day there and they had some pretty good partnerships.

“I thought there was some really good stuff from us as well, we just didn’t capitalise on some of the chances we created to finish in a better position.

“We’re just going to have to back up tomorrow and take five wickets as quick as we can.”

While Rahane was the hero, it was a gutsy Indian team performance, with three 50-plus wicket partnerships to help silence their critics after being skittled for their all-time low of 36 last week.

Debutant Shubman Gill chipped in with an impressive 45 and paid tribute to Rahane.

“His knock was all about patience. Sometimes against such a high-quality bowling attack you go into your shell and then you’re not able to score runs,” he said.

“The way Ajinkya played, it was such a magnificent knock to watch, the way he saw off the tough periods and the loose balls he was making sure he put them all away.”

On a steamy day at the Melbourne Cricket Ground, India resumed on 36 for one in reply to Australia’s first innings 195, having weathered 11 overs Saturday when they lost Mayank Agarwal for a duck to Starc.

In an action-packed morning, the Australian attack consistently hit its line and length with Pat Cummins bagging Gill then the experienced Cheteshwar Pujara for 17.

That brought Rahane to the crease and — first with Hanuma Vihari, then Rishabh Pant and finally Jadeja — he built half-century stands to put India in a strong position.

He brought up his 12th Test ton in his 67th game, and his second in Melbourne, with a four off Cummins, but he enjoyed some good fortune.

Australia removed first slip during Starc’s first spell in the final session and lived to regret it with Rahane getting an edge on 57 that would almost certainly have been caught if the fielder was there.

He had a huge let-off on 73 when he was dropped at second slip by Steve Smith and again on 104 when the ball popped out of Travis Head’s hands as he landed after taking the catch.

Jadeja, back in the team after missing the first Test injured, ably supported Rahane after Vihari fell for 21 attempting to sweep Nathan Lyon, with Smith taking the catch.

That brought the exuberant Pant to the crease. Preferred to Wriddhiman Saha as wicketkeeper, he scored a breezy 29 before becoming Starc’s 250th Test victim, caught by Tim Paine for his 150th dismissal.

India were reduced to 64 for three before lunch after Cummins caused all sorts of problems.

He signalled his intent with the first ball of the day, which zipped past Pujara’s bat. Paine called for a review, believing it took a nick, but replays showed it was not out.

Cummins finally got the wicket he deserved when Gill, who added 17 to his overnight score, got a nick and Paine took the catch. He then removed Pujara, again enticing an edge with Paine holding a brilliant diving catch.