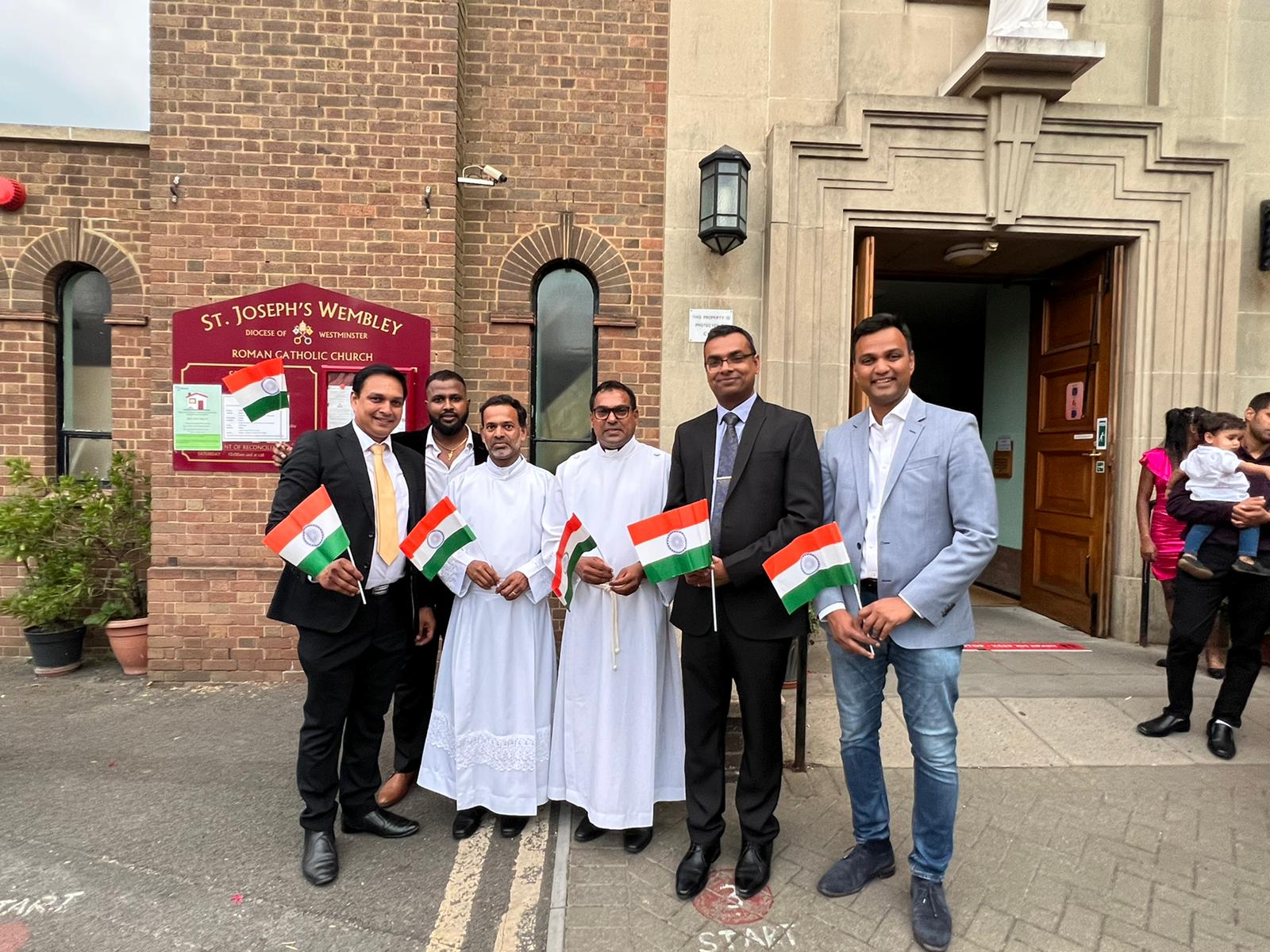 On the auspicious day of 15th August 2022, the Goan Chaplaincy along with the Goan diaspora in the UK celebrated the solemnity of The Assumption of Mother Mary at the St Joseph’s RC Church in Wembley London. The Feast of the Assumption marks the day when the Blessed Virgin Mary ascended into Heaven. The feast mass was celebrated by Fr. Feroz Fernandes and Fr. Patrick D’Souza at 6:30 pm.

This year’s feast also coincided with India’s 75th Independence Day of independence. The Goan community as part of the Indian diaspora held the Indian National Flag in support of the occasion.

Mr. Floyd Dias Do Rosario (Director of UNITED GOANS AFFILIATION UK LTD and Local Activist from Wembley) along with Sr.Clayton Antonio Barreto (Officer to Indian High Commissioner) and Mr. Ravi Vaz (Director of UK Goan Association) organized a drawing competition on the same day for children in the age groups of 4-6 years, 7-9 years and 10-12 years. The children submitted their drawings to the organisers when they arrived at the church and the results were declared after the mass.

In the 4-6 years category, the first, second and 3rd prize winners were Adele Albuquerque, Ninoshka DaCruz, and Cheryl Fernandes respectively. The 1st prize in the 7-9 years category was won by Greshon Fernandes, Alicia Fernandes came second While Etnan Antonio Barreto came 3rd.In the final category of 10-12 years, the prize was won by Lionel Albuquerque. The event was a great success around 1000 people participated and was followed by serving of some Goan snacks and tea.

This was the first event of this kind organised by Goa Chaplaincy along with Goans in the UK.

Taking this as an opportunity, the organisers would like to appreciate and thank Ms. Juella Camelo, Ms. Reena DeCruz and Ms. Vencila Costa for their support.