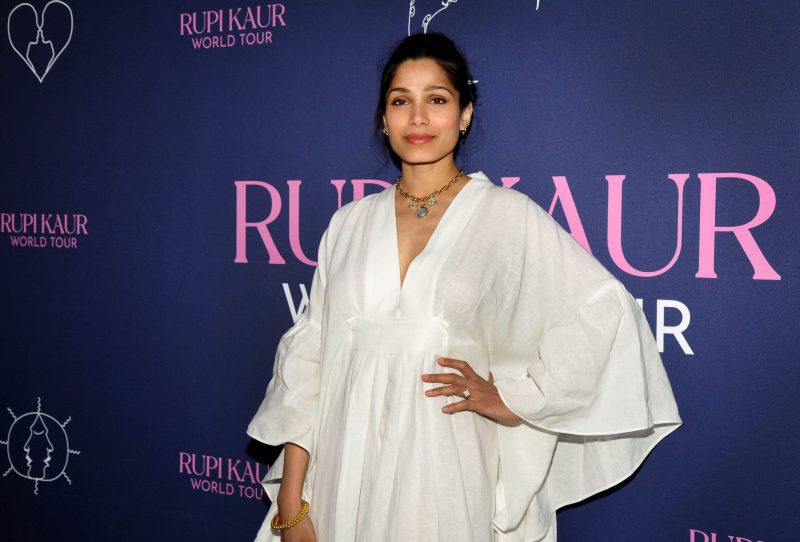 Freida Pinto became an overnight sensation after the global success of her 2008 British drama film Slumdog Millionaire, co-starring Dev Patel. Helmed by Danny Boyle, the film was nominated for ten Academy Awards in 2009 and won eight—the most for any 2008 film—including Best Picture, Best Director, and Best Adapted Screenplay.

In a recent interview, the 37-year-old actress admits to taking up some stereotypical roles after her breakthrough success.

“I think those roles that I played right after ‘Slumdog Millionaire’, I did not necessarily feel that I was given something to really play that was worth my time and I could really stretch my acting chops with. I think those were all roles that I had to play in order to realize and recognize the kind of roles I don’t wanna play again. And there’s no other way of knowing when you’re a newcomer in the industry, you kind of have to do it all – especially when you’re a newcomer and a minority at the same time, where people don’t exactly know what to do with you, or what kind of role to place you in.”

Pinto added that she was flooded with stereotypical, exotic roles. In spite of that, she took up those roles as she thought “exposure” would serve her well in the long term.

She further said, “So, I look back at those roles and I go, am I necessarily proud of my performance in this? Or, you know, am I proud of what I did? And I think the answer is that I’m not proud, but I’m really glad I did them because now, the work that I do, the pride that I feel, and every little thing that I put in a big role or a small role is so huge because the choice was entirely mine.”