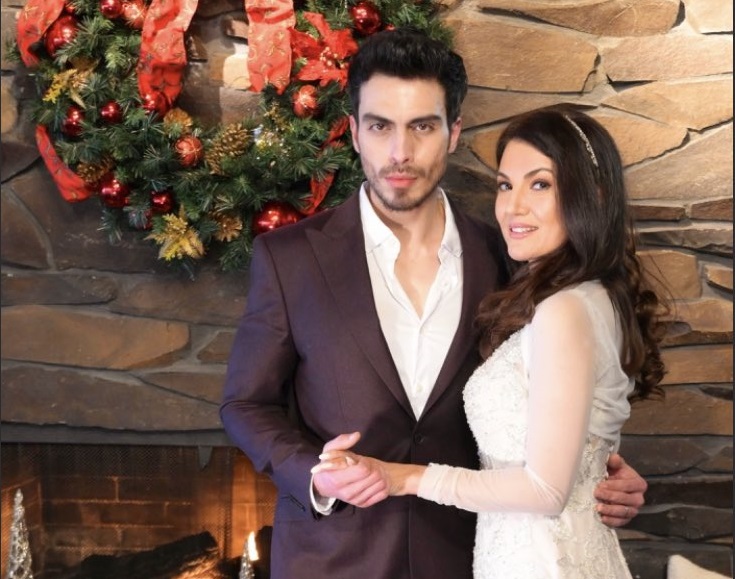 The 49-year-old British-Pakistani journalist, who was married to Khan between 2014 and 2015, announced on Twitter her marriage to Bilal in a simple Nikah ceremony in the US city of Seattle.

“We had a lovely Nikkah ceremony performed in Seattle with the blessings of @MirzaBilal_ parents & my son as my Vakeel,” Reham said in a tweet.

She also shared pictures of her and Bilal from the nikkah ceremony on Twitter. The first image shows a picture of the couple holding hands, showing their wedding rings.

This is the third marriage for both Reham and Bilal.

Bilal is a corporate professional. He is a former model and has also been part of “The 4 Men Show”, “Dil Pey Mut Ley Yaar” and “National Alien Broadcast”, current.PK online portal reported.

Reham was first married to Ijaz Rehman, who is a psychiatrist. The couple got married in 1993 and were divorced in 2005.

Her second marriage with Imran Khan lasted for barely 10 months. The couple got married in 2014 and were divorced in 2015, Geo News reported.

Reham, after her divorce from Khan and his third marriage with Bushra Bibi, accused him of being “unfaithful”.

Later, Reham published her autobiography in 2018 titled “Reham Khan” which revolved around her marriage with the Pakistan Tehreek-e-Insaf chief and talked of drugs and abuse by the 70-year-old cricketer-turned-politician, the report said.