Foreign countries are causing cloud bursts in some places of our country: Telangana CM KCR 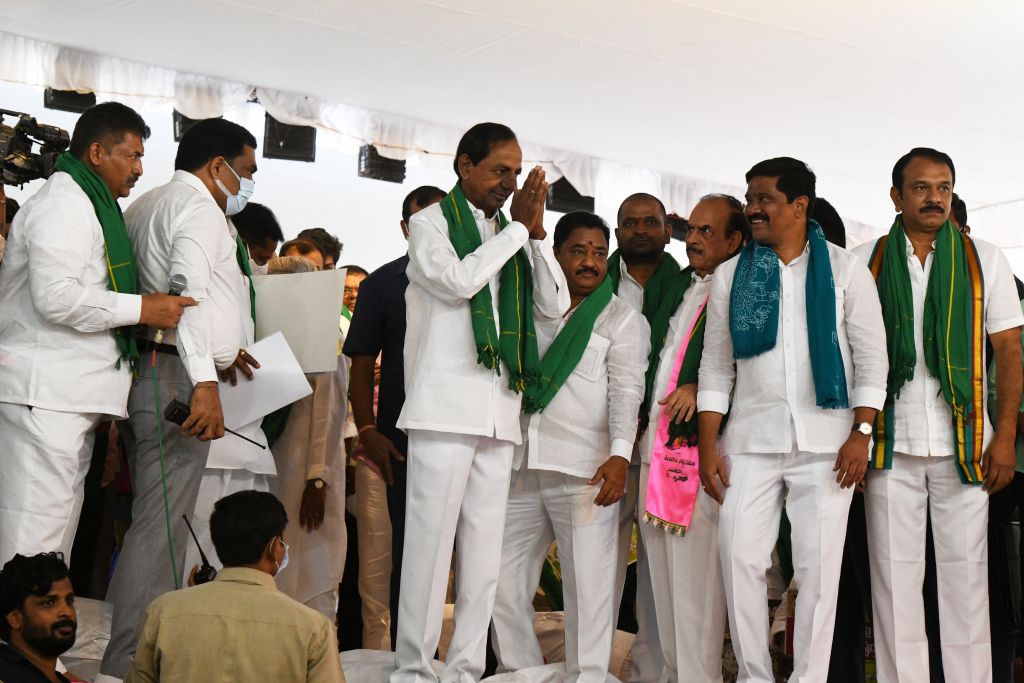 Telangana Chief Minister K Chandrashekar Rao on Sunday said that the floods in the state’s Godavari region were triggered by the cloudburst which is suspected to be a “foreign conspiracy”.

Addressing the press at Badrachalam, KCR said, “A new phenomenon Cloud Burst has emerged. There is a conspiracy behind it. We don’t know how much true it is.”

“The foreign countries are causing cloud bursts in some places of our country. Earlier in Kashmir, they have caused a cloudburst.
After that, in Uttarakhand we got information that nowadays near Godavari surroundings, they are triggering cloudburst,” he added.

“Due to changes in climate, these kinds of situations will arise, we have to save the people,” he stated.

Earlier on Sunday, amidst the ongoing flood scenario in Telangana, state KCR and governor Tamilisai Soundararajan visited Badrachalam to review the situation and water flow in the city via different modes.

As per the information, KCR was earlier expected to visit the flood-affected area and conduct its aerial survey via a helicopter, but due to the bad weather conditions, he reached the area via a bus and enquired about flood situations there, while also interacting with the people in relief camps.

KCR started his journey from Mulugu with his other officials.
However, governor Soundararajan took stock of the arrangements made by the people for their stay in relief camps, by boarding a train from Hyderabad on Saturday night and reaching the affected Badrachalam this morning.

She was briefed on the information from the officials who received her at the railway station.

Meanwhile on Saturday, Telangana Congress chief Revanth Reddy had written to Prime Minister Narendra Modi, urging him to declare the Telangana floods a National Disaster, besides requesting the deployment of the National Disaster Response Force (NDRF), financial compensation to farmers and kin of the deceased, and an immediate relief package of Rs 2000 crore ($250 million) for the repair and construction of roads damaged during floods.

Due to continuous heavy rain for several days in the state, the water level in river Godavari rose rapidly and hence reached the third warning level at Bhadrachalam on Thursday.