Finding freedom from an unhappy marriage 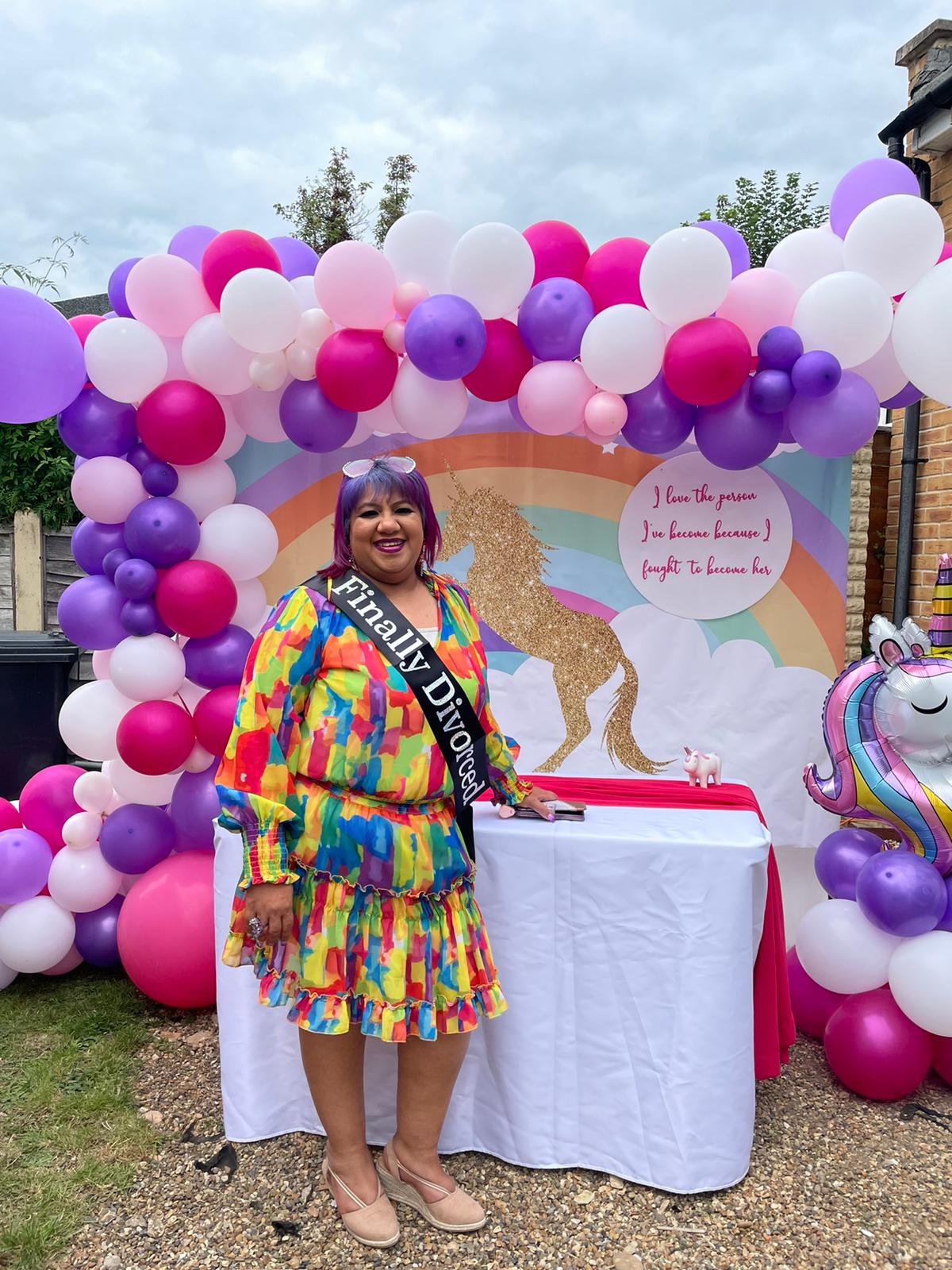 WHY SONIA GUPTA THREW A DIVORCE PARTY AFTER SPLIT

Only those who have gone through a divorce know how painful it is and, perhaps, more so within the south Asian community because of outdated attitudes.

But now an empowered generation is changing that and taking control of their lives, which means divorce is openly discussed and individuals are no longer forced to stay in a marriage.
East London-based Sonia Gupta went a step further and threw herself a divorce party after a challenging separation. The 46-year-old told her story, from her marriage breaking down to being brave enough to rebuild her life, separate, and throw the most unique but liberating party of her life.

In 2010 I realised my seven-year marriage wasn’t what I thought it was. Two years later, after trying to make it work, it dawned on me that I needed to get out.

There were several reasons why the marriage didn’t work. Being from the Asian community, I understood how challenging a separation would be, but never realised how difficult until the wheels were in motion. I had already given up my career to meet his expectations. I was now working part time for my parents and had two young children. My (now ex) husband had worked for my parents for several years.

When I told my family I wanted a divorce, there was uproar and no support. My parents couldn’t see the truth and were on his side. They were absolutely blinded and could only see that we had to stay together for the sake of our children.

He had manipulated them completely. My mental health was irrelevant, and my marriage was broken completely. I had no emotional support and nowhere to turn. My family just couldn’t understand why I wanted to be free. I felt trapped in prison and could see no way out. After much struggle, I decided to start over again, by building my life back up, to eventually free myself.

I left the family business against their wishes and restarted my career. I worked part time, as I still had to ‘fulfil’ all my wife and mum duties. He and my family thought that was my job. He continued working for my parents. Slowly, as my boys got older, I increased my working hours and got my career back on track by 2016.

By 2017, there was still very little emotional support from my family with regards to divorcing, but at least I had some kind of life now. I loved my job, and my boys were doing well. But I was deeply unhappy.

You may ask, ‘well why didn’t I just leave?’ The simple answer was that I love my family and desperately wanted their approval. They couldn’t understand my deep pain and saw him as some sort of a golden boy.

My parents saw me as the difficult one, wanting to cause upheaval. I basically needed to put up and shut up, no matter what was going on behind closed doors.

For more than seven years, I was at constant war with my parents, while they treated him like a king. He knew they were not supportive of me wanting to divorce, so he took full advantage and manipulated them against me even more. Then in late 2017, they fell out with him over business and finally saw what I had been going on about for years.

Finally, I thought about freedom, but this led to battle number two of the divorce proceedings and money. I wanted out, but he decided to drag my whole family through court, including my sister and elderly parents.

In 2018 divorce proceedings began, while we both lived under the same roof. But I now had the support of my family. And without them, I wouldn’t have been able to tell my story. We had tears, arguments, and breakdowns, but ultimately my family now supported me and could see how much I needed to be free.

Three years and multiple court dates later, I was finally liberated. I never thought this day would come. The hardest part was living under the same roof for over 10 years. Without going into all the details, it was not a pleasant atmosphere. Just imagine going to court, fighting my corner, and coming back to the same house.

I was tried and tested in ways that I thought were unimaginable. The emotional impact it had on me and my children was unreal. I am extremely blessed to have level-headed boys, who kept me going. There never has or ever will be a custody battle. No matter what happened between me and my ex-husband, he is still their dad and how their relationship develops is down to them.

My friends, family and work family have been with me on this journey for years, through lows, tantrums, tears and finally the high of freedom. I cannot thank them enough for their support.

Once the separation was finalised, I threw a divorce party. It wasn’t just to celebrate my freedom, but also to honour all those, including my girl squad, who stuck by me. I wanted the divorce party to be colourful, bright, magical, and filled with unicorns. I asked guests to arrive in their most colourful outfits. I wanted to show all my loved ones I had come out of the other side and thanked them for their endless support.

One friend said to me: “You have proved that whatever life throws at you, you’re tough enough and worthy enough to take it in your stride and come out fighting like the badass b*tch you are! You’re my soldier princess – now go straighten your crown and hold your head up high.” That is what I now do every day.

How to cope with baby loss trauma

Being your best self in a post-pandemic world

Advice I would give to my younger self

Top 5 Yoga asanas to do at your workstation

Travel goals of a wanderlust duo

Supreet Bedi: Being the voice of change