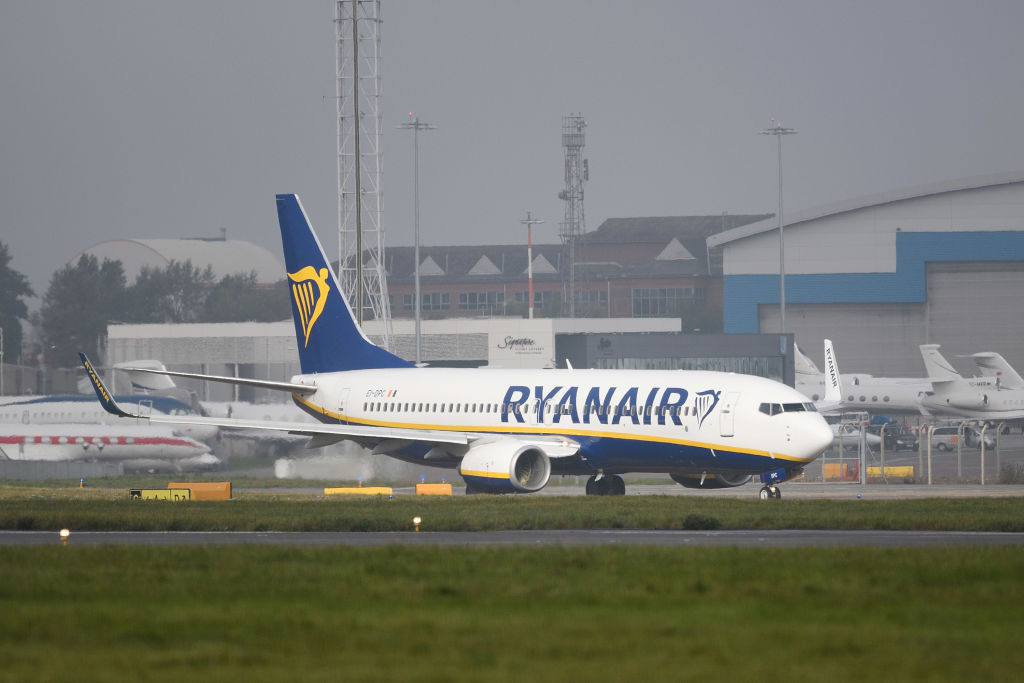 The temporary disruption at London’s Luton Airport on Monday when soaring temperatures caused a small section of the asphalt to lift is an example of the challenges airports face in making their infrastructure resilient to climate change, experts say.

Below is an explanation of how global airports are coping with extreme heat and what may be needed to prevent future interruption if there is another heatwave.

WHAT HAPPENED AT LUTON AND WHY?
The Luton runway was closed for nearly two hours on Monday, prompting airlines to delay or divert flights as temperatures rose above 37C (98.6 Fahrenheit), adding to industry headaches in what has been a chaotic summer travel season in Europe.

A long-standing patch repair to a small section of the runway – the equivalent of 0.2% of the entire surface area – became so hot that it de-bonded and began to lift, a spokesperson for the airport said on Friday, adding it was repaired within two hours.

It is built to the same specification as others in Britain, meeting industry safety standards and regulations, the spokesperson said.

“We continue to evaluate all options regarding the ongoing maintenance and long-term resilience of all of our infrastructure.”

The spokesperson did not comment on questions about the timing of the runway’s resurfacing, the type of asphalt used or any possible changes to the material.

Runways are typically resurfaced every 10 to 15 years.

Experts say the airport, one of Britain’s busiest and used by budget airlines including Ryanair and EasyJet, may be more vulnerable to heat because it is at a higher elevation than the others surrounding the capital: Heathrow, Gatwick and Stansted.

The airport said in the medium term it would need to ensure all airfield resurfacing projects considered the impact of increasing temperatures.

HOW DO OTHER AIRPORTS COPE WITH EXTREME HEAT?
The surface materials used depend on the climate and local conditions as well as other factors such as cost.

In the Middle East, airports are more likely to use more expensive concrete runways because they are good at withstanding extreme heat, Greg White, director of the Airport Pavement Research Program at Australia’s University of the Sunshine Coast, said this week.

In Britain and Australia, cheaper asphalt runways are more common, he said, though they use different stiffness levels depending on the local climate.

That means in Australia, where summer temperatures of 40 degrees Celsius (104 degrees Fahrenheit) are not unprecedented, asphalt runways do not melt like they did at Luton.

Luton could make its runway more resistant to a high temperature, but that would in turn make it more susceptible to an extremely low temperature, White said.

WHAT ARE THE OTHER CHALLENGES FOR AIRPORTS?
Airports Council International (ACI), a group representing airports globally, said it will soon publish an airfield maintenance handbook for members with a section dedicated to pavement management.

“This includes lists of probable cause of pavement distresses, and some are related to climate,” an ACI spokesperson said.

Runway patches are only one of the potential challenges faced by airports as temperatures rise, with others including airplanes requiring longer take-off distances and weight restrictions in hotter conditions.

As temperatures get warmer, aeroplanes need a longer time and more fuel to take off, because hot air is thinner.

A Federal Aviation Administration study issued in November 2021 showed runways at eight or nine of the 30 busiest U.S. airports may need to be extended by at least 500 feet (152 metres) due to future increases in temperature or higher rainfall, which requires more braking distance.

Rising sea levels and more powerful storms mean many airport operators are also investing in measures such as higher runways, seawalls and better drainage systems to future-proof their immovable assets.