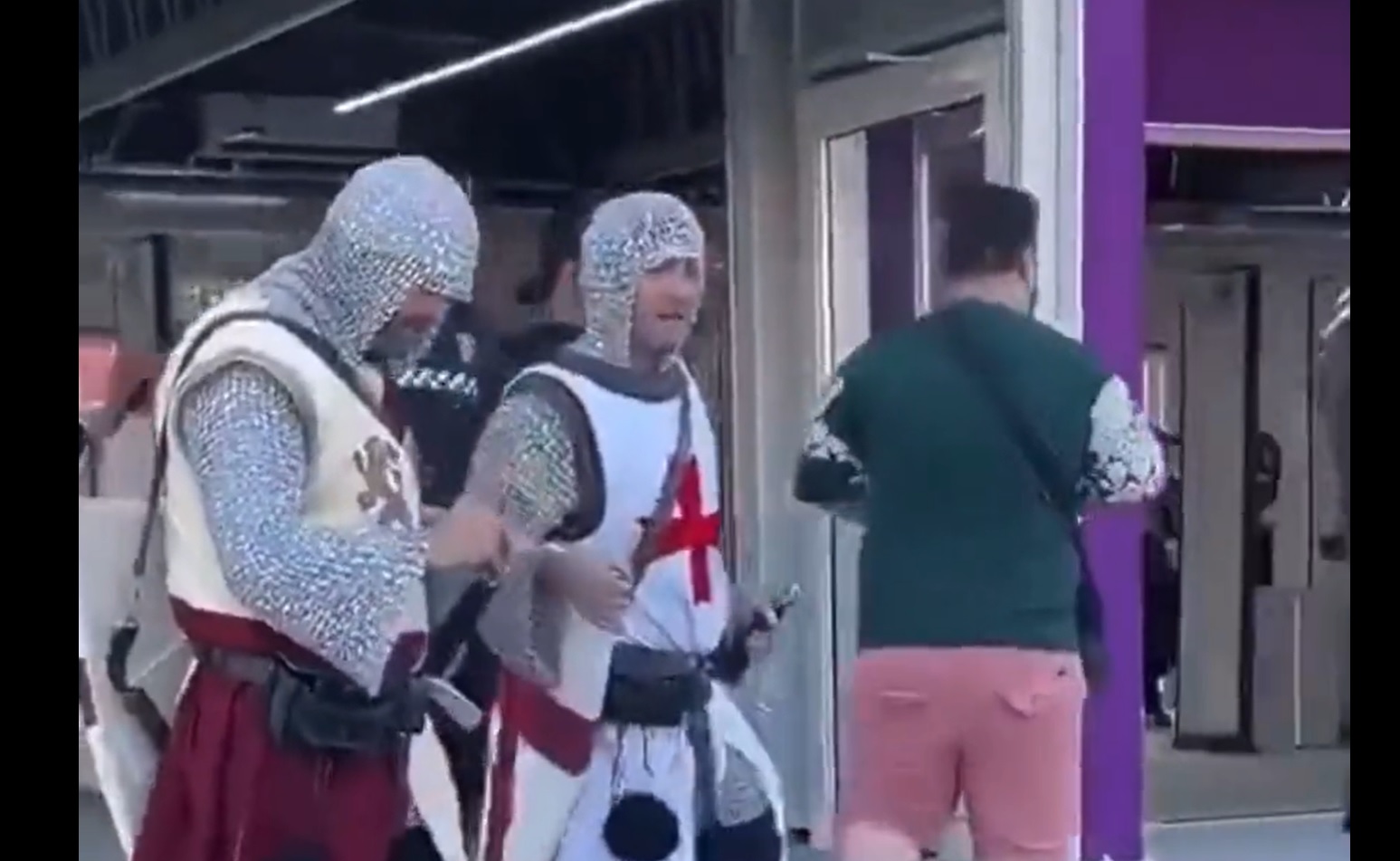 The Sun Online said officials confirmed that anything deemed “weapons and body protection” is banned. They also cited the ban on any items considered as “political, offensive and or/discriminatory in nature”.

Meanwhile, an anti-racism organisation has warned fans against wearing fancy dresses that could inadvertently offend locals in Qatar.

Kick It Out, which has been campaigning against racism in football, said costumes representing “knights or crusaders” might not be well received in Islamic countries including Qatar.

Its appeal came after a video apparently showed fans wearing chain mail, helmets and St George’s cross being led away ahead of the England-Iran match on Monday.

There are also reports of several England fans dressed as St George – often described as a patron saint – travelling around Doha since the start of the tournament.

A group was filmed singing the UK anthem and storming upstairs on public transport as locals took their pictures, The Telegraph reported.

A Kick It Out spokesman said “certain attire, such as fancy-dress costumes representing knights or crusaders, may not be welcomed in Qatar and other Islamic countries”.

“Foreign Office travel advice issued before the tournament expressed that fans should familiarise themselves with local customs, and we would encourage fans to take this approach,” he told the newspaper.

Tell Mama, a national project that monitors anti-Muslim incidents in the UK, also expressed a similar view, asking fans to mindful of deep sensitivities in Qatar.

“Our fans should be mindful that there are things that may cause offence to Qatari citizens, such as openly drinking or wearing historical Crusader Knights Templar outfits that have very negative implications in the region,” Tell Mama director Iman Atta said.

He, however, said England fans did not purposefully offend Qataris and their actions were an expression of support for the team.

Ahead of the World Cup, the police in Britain cautioned fans against risking offending Qatari locals unintentionally.