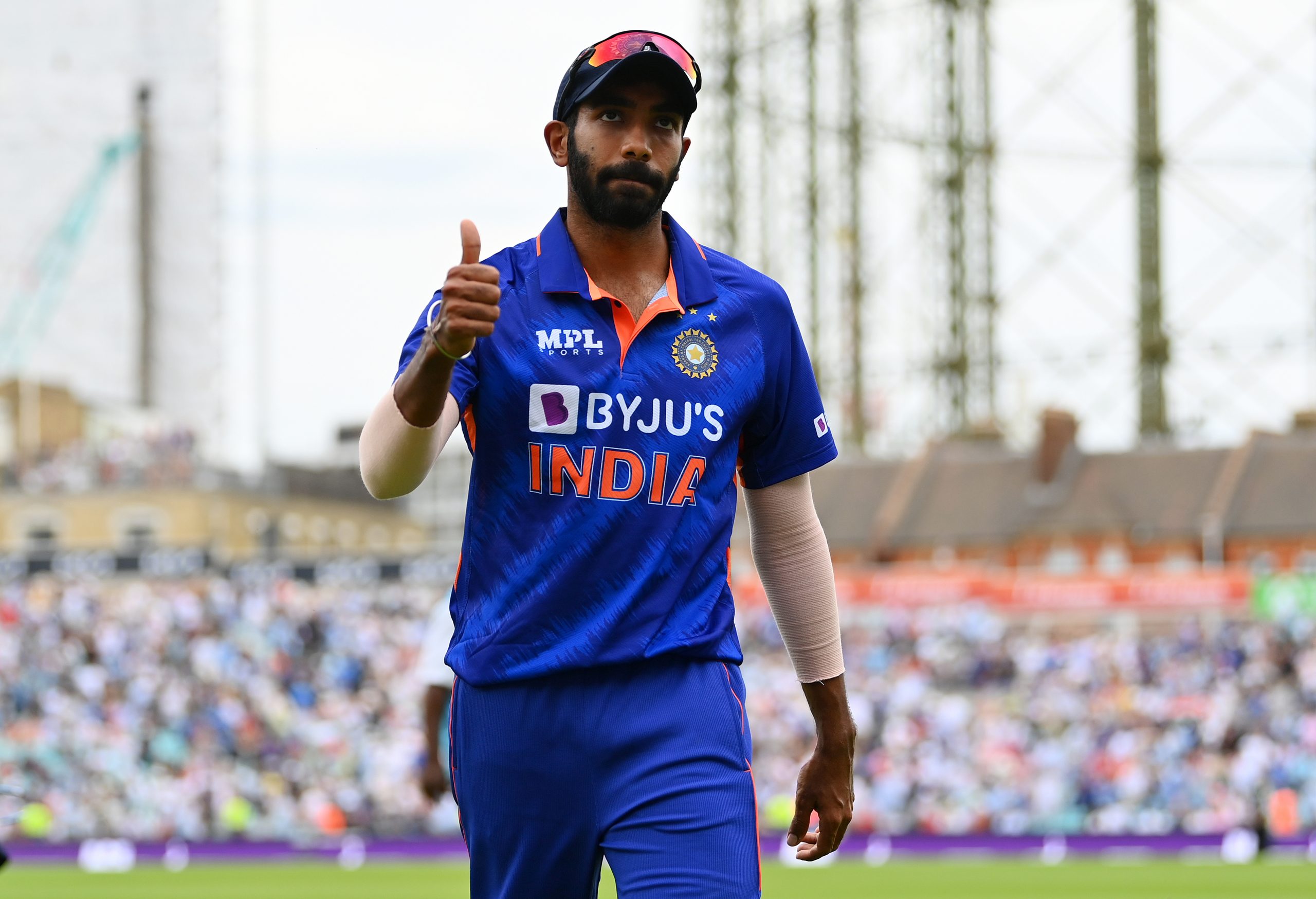 Blistering partnership between Rohit Sharma and Shikhar Dhawan and a six-wicket haul by Jasprit Bumrah guided Team India to a 10-wicket win over England in the first ODI of the three-match series here at the Kennington Oval on Tuesday.

Rohit smashed 76 runs off 58 balls while Shikhar scored 31 runs off 54 balls to help the Men in Blue chase down the target of 111 runs in just 18.4 overs. Apart from Bumrah, Mohammed Shami took three wickets while Prasidh Krishna settled for one.

Chasing 111, Team India started off on a decent note with the opening pair of Rohit and Dhawan steadily taking the innings forward. The duo scored 21 runs in six overs, before bringing the momentum in the game and smashing 35 runs in the next four overs.
The Men in Blue crossed the 50-run mark in 10 overs with both the batters standing unbeaten at the crease.

Continuing the proceedings at a steady rate, Rohit brought up his half-century in 49 balls and helped Team India reach the 100-run mark in 18 overs.

With only 11 runs left to win, the duo smashed 13 runs in the next four balls and brought Team India to a 10-wicket victory in just mere 18.4 overs and gained a 1-0 lead in the three-match ODI series against England.

Bumrah registered his career-best figures of 6/19. The list is dominated by Stuart Binny with the figures of 6/4 against Bangladesh in 2014, followed by Anil Kumble with 6/12 against West Indies in 1993.

England’s opening batter Jason Roy was sent back to the pavilion on a golden duck. Roy’s wicket was quickly followed by Joe Root, who was fell prey to Bumrah without scoring a run.

Ben Stokes then came to bat, but could not stand long as he was dismissed by Mohammed Shami without opening his account.

At that point opening batter, Jonny Bairstow tried to anchor innings. His inning was cut short by the fiery bowling of Bumrah, who departed Bairstow on seven runs.

Captain Jos Buttler stood on the crease like the only hope for the Three Lions. Liam Livingstone the hard-hitting batter of the team was dismissed for a duck by Bumrah.