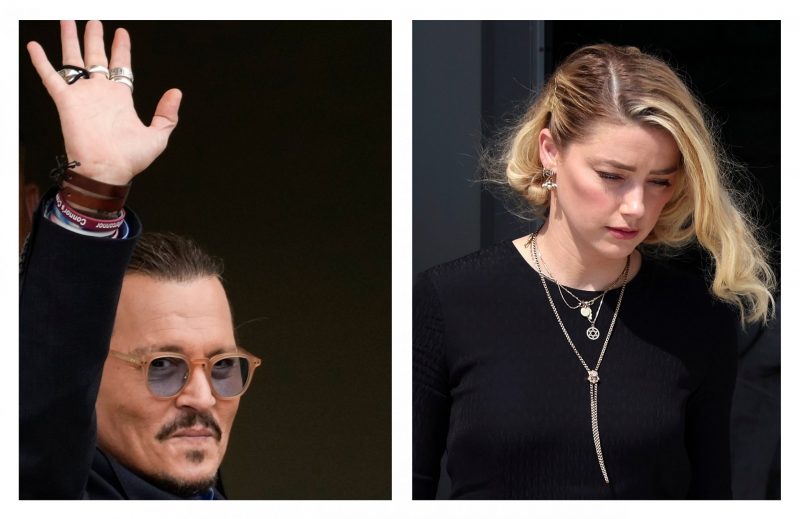 After winning a high-profile defamation trial last month, Johnny Depp is hitting out at his ex-wife Amber Heard in two scathing new songs on his forthcoming album with Jeff Beck.

In a review of the record, which is scheduled to be released on July 15, by The Sunday Times, the  59-year-old Pirates of the Caribbean actor sings: ‘I think you’ve said enough for one motherf***ing night.’

Another track features him describing a former partner as ‘sitting there like a dog with a seven-year itch’ before he croons: ‘If I had a dime, it wouldn’t reach your hand.’

In June, following his massive victory in his defamation trial against the Aquaman star, 36, Depp confirmed he has teamed up with the legendary guitarist to record a 13-track collection.

Titled 18, the project includes two new originals from Depp and an eclectic mix of cover songs ranging from such iconic artists as the Beach Boys, Marvin Gaye, and John Lennon to alternative rockers such as Killing Joke and The Velvet Underground.

“When Johnny and I started playing together, it really ignited our youthful spirit and creativity. We would joke about how we felt 18 again so that just became the album title too,” Beck, 77, said in a statement about the album, as reported by Billboard.

In keeping with their fond teenage memories that were sparked by the music, the two artists decided to use an illustration of themselves as 18-year-olds, drawn by Beck’s wife Sandra, for the album cover.

For Depp, who grew up listening to Beck’s music, the collaboration is something of a dream come true.

‘It’s an extraordinary honor to play and write music with Jeff, one of the true greats and someone I am now privileged enough to call my brother,’ Depp added in their statement.

Depp is no stranger to music, performing alongside Joe Perry, Alice Cooper, and Tommy Henriksen in Hollywood Vampires.

Last month, a seven-person jury awarded Depp $10 million in compensatory damages and $5 million in punitive damages (which is capped at $350,000), after they ruled that Heard defamed him when she penned a 2018 op-ed in which she described herself as a “a public figure representing domestic abuse.”

But Heard’s lawyers have asked a judge to toss the $10.35 million verdict against her, arguing that one of the jurors — known as Juror No. 15 — may not have been properly screened by the court.

“In this case, it appears that Juror No. 15 was not, in fact, the same individual as listed on the jury panel,” attorney Elaine Bredehoft wrote in a motion obtained on Friday by Deadline. “Ms. Heard’s due process was therefore compromised. Under these circumstances, a mistrial should be declared, and a new trial ordered.”