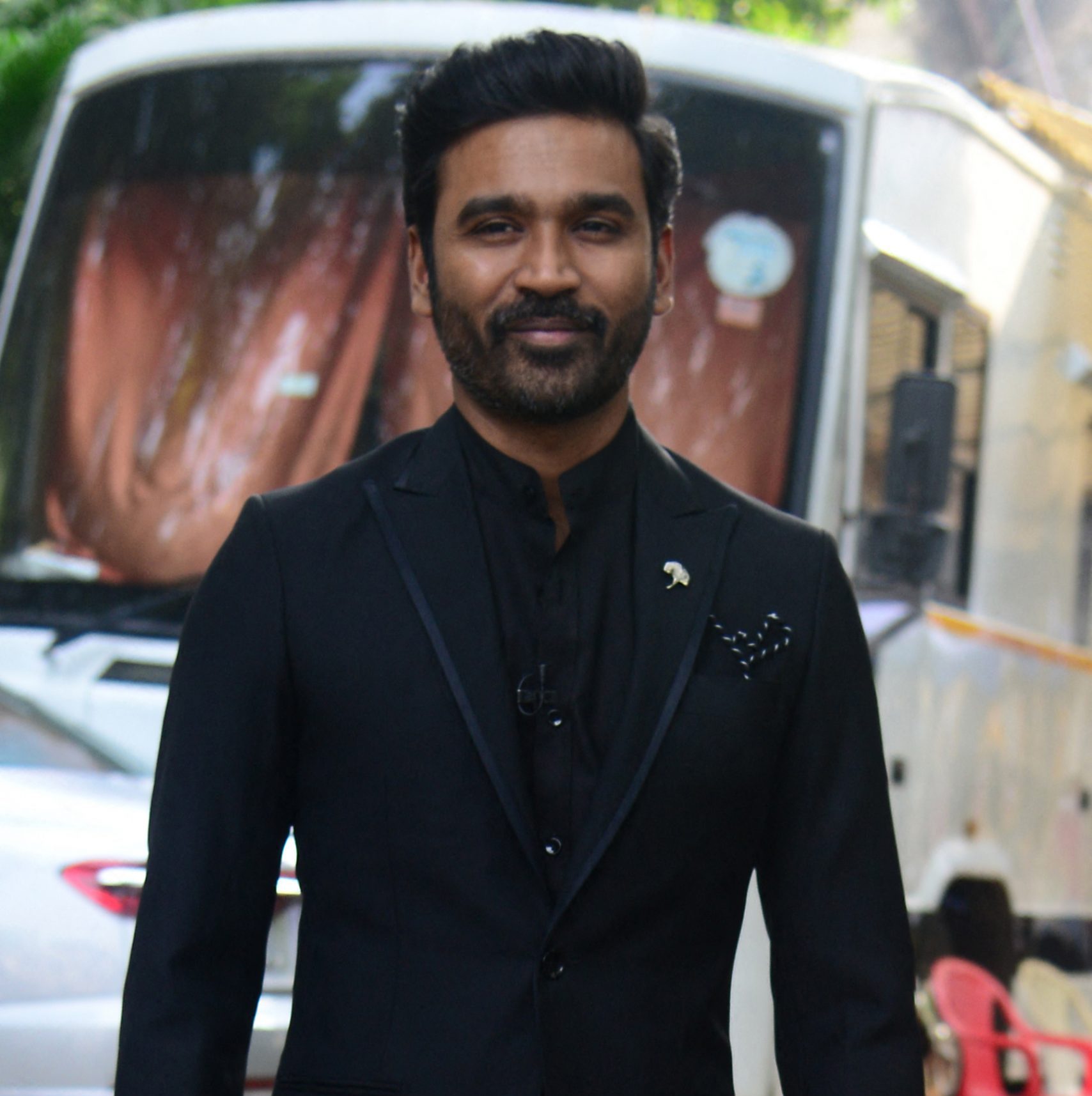 It will be a double delight for Dhanush this week. The popular actor makes his Hollywood debut in action film The Gray Man, which has a Netflix premiere on July 22, and then celebrates his 39th birthday on July 28.

To mark both magical occasions, Eastern Eye decided to get you a step closer to the Tamil superstar by presenting an all you need to know A to Z about his remarkable life and action-packed career.

A is for Awards: One mark of just how great the all-round entertainer is can be illustrated by the many awards he has won. This includes four National Awards and seven Filmfare South awards, as an actor and producer, for magnificent movies that have included Aadukalam (pictured), Asuran, Maryan, Kaaka Muttai and Vada Chennai. There have been many other honours at other award ceremonies.

B is for Birthday: Dhanush was born as Venkatesh Prabhu Kasthuri Raja on July 28, 1983, in Madras (now Chennai), India. Although he was launched as an actor by his film director father Kasthuri Raja with Thulluvadho Ilamai (see D) in 2002, Dhanush had a very simple upbringing and once said: “I come from a very humble background. My father had to work really hard to become an assistant director. For a large part of his youth, he worked in a mill and took up odd jobs to make ends meet. We lived in a small room and could only afford one meal a day.”

C is for Chef: Despite having film connections, Dh­a­nush had no desire to pursue an acting career. He wanted to learn hotel management and become a chef. His filmmaker brother Selvaraghavan pe­­rs­u­aded him to pursue acting. He said: “I entered the film industry because my family forced me into it.”

D is for Debut: Dhanush made his acting debut playing the lead role in 2002 coming of age drama Thulluvadho Ilamai. Interestingly, his elder brother Selvaraghavan wrote the screenplay. He also directed it, even though their more established father was given that credit to help sell the film. After a slow start, the movie drew in audiences and became a big sleeper hit.

E is for Elevation: The actor became a star with his second film Kaadhal Kondein (2003, pictured), which became a big success and earned him his first Best Actor award nomination. The film also marked the official directorial debut of his brother Selvaraghavan, who had also written the screenplay. Both brothers became power players after the film released. It was remade in Telugu (Nenu), Kannada (Ravana), Bangla (Onno Manush) and Bengali (Amanush), with other actors playing his role.

F is for Father-in-law: A year after making a major breakthrough, the actor married Aishwarya, who is the eldest daughter of legendary actor Rajinikanth, on November 18, 2004. The couple have two sons and announced their shock separation on January 17, 2022. His legendary father-in-law Rajinikanth reportedly tried to play peacemaker and bring the couple back together.

H is for Hindi cinema: After 11 years of starring in successful Tamil films, the actor finally made his Bollywood debut with 2013 romantic drama Raanjhaana (pictured). The commercially successful film about an obsessed lover would ea­rn him multiple Best Debut awards. He has st­a­rred in two more Bollywood films since th­en, with Shamitabh (2015) and Atrangi Re (2021).

I is for International: Dhanush made his in­­t­ernational film debut in The Extraordin­a­ry Journey of the Fakir (pictured). The Indo-Fr­e­n­­ch adventure comedy based on best-se­l­li­ng novel The Extraordinary Journey of the Fakir Who Got Trapped in an Ikea Wardrobe was rele­a­s­ed in multiple languages, including English, Fr­e­n­ch, Hindi, Tamil, Telugu, Malayalam, and Kannada.

J is for Jokes: He may be known for intense dramas and action roles, but the actor has consistently shown that he has great comic timing. He is especially good when combining comedy with other genres, including action or romance, in films like Thiruvilaiyaadal Aarambam (2006), Yaaradi Nee Mohini (2008), Uthamaputhiran (2010), Mappillai (2011) and Maari (2015).

K is for Kolaveri: The actor was introduced as a playback singer with 2004 romantic adve­n­ture Pudhu­kottaiy­ilirundhu Saravanan and has since recorded a lot of songs. His most popular track was Why This Kolaveri Di from the 2012 film 3 (pictured), which went viral and became the most searched YouTube video in India. It also resulted in artists around the world doing cover versions of it. Interestingly, he has written a lot of song lyrics, including for that monster hit. He said: “Music is my breath, blood and food – without music I would perish; the actor in me would die.”

L is for Looks: The actor has been open about how he faced criticism for his appearance and the way he looked early on in his acting career but counterbalanced that by working hard and turning his films into big successes.

M is for Multiple: Films where he has played more than one role include Kodi (2016) and Pattas (2020, pictured), where he plays a double role. In reincarnation drama Anegan (2015), he plays four roles across different time periods.

N is for Newcomers: A lot of newcomers have got their big break with a Dhanush starrer. Although leading ladies like Aparna Pillai (Pudhukottaiyilirundhu Saravanan) made their debut opposite him, what is more interesting is the number of first-time directors he has worked with. These include Selvaraghavan (Kaadhal Kondein), Subramaniyan Siva (Thiruda Thirudi), Boopathy Pandian (Devathaiyai Kanden), Vetrimaaran (Polladhavan), Mithran Jawahar (Yaaradi Nee Mohini), Bharat Bala (Maryan) and Velraj (Velaiilla Pattadhari).

O is for Other talents: Apart from being one of the finest actors of his generation, Dhanush is also an accomplished film producer, lyricist, screenplay writer and playback singer. If all that wasn’t enough, he has also made his directorial debut with 2017 film Pa Paandi (see P).

P is for Pa Paandi: After years of successfully producing and acting in films, Dhanush made his directorial debut with 2017 Tamil language comedy drama Pa Paandi. He also produced and wrote the critically and commercially successful film. The movie was remade in Kannada a year later as Ambi Ning Vayassaytho.

Q is for Quotes: The actor has done many memorable dialogues in his films but has also given equally great quotes in interviews he has done. There is a page dedicated to him on popular website Brainy Quote, which has interesting things he has said like, “I had to fight; I had to fall, and I had to get hurt to be where I am.”

R is for Remakes: A massive number of the actor’s films have been remade in multiple languages. On the flip side, he himself has played the lead role in Tamil remakes of successful films from other languages. Remakes he has headlined have included Parattai Engira Azhagu Sundaram (2007), Yaaradi Nee Mohini (2008), Uthamaputhiran (2010), Kutty (2010) and Mappillai (2011, pictured).

S is for Sequels: His massively successful films that spawned sequels are Velaiilla Pattadhari (2014) and Maari (2015), respectively. Both films were also remade in multiple languages. A sequel and prequel to his film Vada Chennai (2018) were planned as a web series.

T is for The Gray Man: The actor makes his Hollywood debut in mega-budget action film The Gray Man (pictured), which is headlined by superstar actors Ryan Gosling and Chris Evans. He is part of an all-star cast in the global action thriller, which is expected to break viewing records on Netflix. This will likely lead to further projects in the west for the versatile actor.

U is for Upcoming films: The actor’s forthcoming releases include Naane Varuven, where he plays the double role of the protagonist and antagonist. He also has Thiruchitrambalam, Vaathi, Sir and Captain Miller on the way. There was a recent announcement that he would return for a sequel to his 2006 crime action film Pudhupettai. Don’t be surprised if he signs further Hollywood films.

V is for Villager: Very few actors can portray the every-man like Dhanush, and this has been demonstrated with powerful village set dramas he has starred in like Karnan (2021), which was described as one of the year’s best Tamil films. Another recent power-packed rural drama was Asuran (2019, pictured), which won the National Film Award for Best Feature Film in Tamil.

W is for Wealth: He is not surprisingly one of the highest paid actors in India and has regularly featured in the list of wealthiest celebrities. What adds to his earnings are product endorsements and the fact he produces many of his own films.

X is for X-Factor: Apart from his all-round talent, acting ability and deep desire to work hard, what has really endeared Dhanush to his fans is relatability to the masses, from his onscreen looks to the way he has remained grounded throughout his career. He said: “Success doesn’t affect the decisions that I make in the future. I enjoy success inside my head but not outside.”

Y is for Yaaradi Nee Mohini: The title for his successful 2008 romantic comedy Yaaradi Nee Mohini was derived from a song that appeared in classic 1958 film Uthama Puthiran. The film itself is a remake of 2007 Telugu hit Aadavari Matalaku Arthale Verule. Talking of titles, Devathaiyai Kanden (2005) was named after a hit song that appeared in his film Kaadhal Kondein (2003).

Z is for Zodiac: The actor is a Leo and a primary trait that star sign has is confidence. He has used that to carve out an action-packed career and create an impressive body of work that has entertained cross-generational audiences. For that we give him a big birthday salute.

Life and signs of an Asian deaf artist