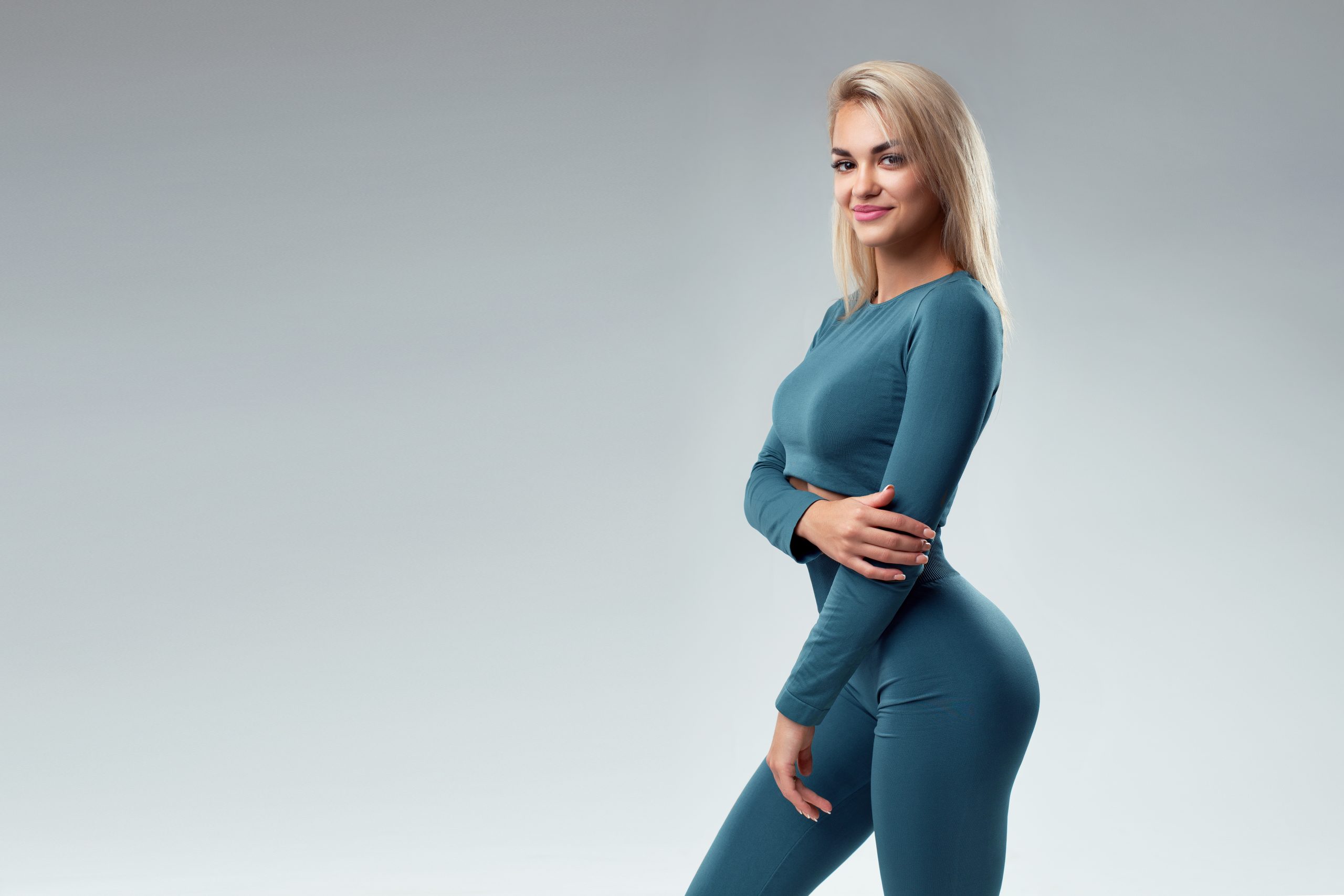 Leggings reportedly became fashionable in the 1970s thanks to celebrities such as Debbie Harry and the late Olivia Newton-John. But in recent years, corresponding with the rise of gym culture, leggings have been replaced by skin-tight athletic leggings.

This style, which is sometimes referred to as “sporty leisure” is a mixture of sports and casual wear, popularized by the stars who feature in the reality show called The Kardashians.

According to media reports, twice as many women are now having ‘designer vagina’ surgery to reshape their genitals due to the fad of tight leggings. Also, according to the Daily Mail, the number of women reportedly looking for labiaplasty surgery has doubled.

Labiaplasty, which costs between £2,000 and £4,000 and which takes one to two hours, involves using a laser to cut away unwanted tissue from the vulva at the entrance to the vagina.

The procedure thus, involves reducing the size of the labia minora – the flaps of skin on either side of the vaginal opening. This operation is reported to be almost always cosmetic, which also means it is not available on the NHS, informs the site, Journalbreak.

Chief surgeon at Signature Clinics, Dr John Skevofilax is reported to have told the Daily Mail that he performed 50 such procedures in the year of 2021, and another 50 in the first six months of 2022.

Apparently, more women want to get this surgery done, because tight leggings can be uncomfortable and some women fear the shape of their genitals is visible through the fabric.

Dr Skevofilax reportedly said, “They experience pain, discomfort in general, chafing, a lot of women actually will feel so uncomfortable that they avoid trying to wear this type of clothing. It’s all really interlinked, choosing a pair of leggings which causes discomfort and which in turn draws attention to the labia and the need for surgery.”

He further explains that when women wear tight leggings, it puts pressure on the labia, thereby causing pain and discomfort – this could be the reason why many women are seeking labiaplasty.

Though the NHS states that it is perfectly normal to have noticeable skin folds around the vaginal opening, it is assumed that some women get this procedure done because they don’t like the look of their labia.

WalesOnline reports that in 2018, in a bid to curb the surge of requests for so-called designer vaginas, girls were being given a tool to educate them about female anatomy.

According to experts, the booklet was reportedly designed in response to an increasing number of girls and women with cosmetic genital concerns requesting for surgery, despite having normal anatomy.

The booklet, which is commissioned by British Society for Paediatric and Adolescent Gynaecology (BritsPAG), utilises illustrations to describe variation in appearance in order to normalise vulva appearance, WalesOnline informs.

Dr Naomi Crouch, who chaired the BritsPAG is reported to have said in her work for the NHS, that she was yet to see a girl who needed the operation. The new guide ‘So What Is a Vulva Anyway?’ was launched at the Annual Update in Paediatric and Adolescent Gynaecology, a joint event by the Royal College of Obstetricians and Gynaecologists (RCOG) and BritsPAG.

Dr Crouch, who is a consultant gynaecologist, is quoted as saying, “There is absolutely no scientific evidence to support the practice of labiaplasty and the risk of harm is significant, particularly for teenagers who are still in stages of development both physically and psychologically.

“We hope this resource will provide information for girls and young women that their vulva is unique and will change throughout their life, and that this is entirely normal and healthy.”

Women considering this procedure are strongly advised to first speak with their GP, who may recommend that they speak with a counselor or psychologist before the surgery.

“WE MUST REMAIN A BEACON OF UNITY”