‘Close your eyes if you can’t see truth’: Anupam Kher opens up on row over remarks on The Kashmir Files 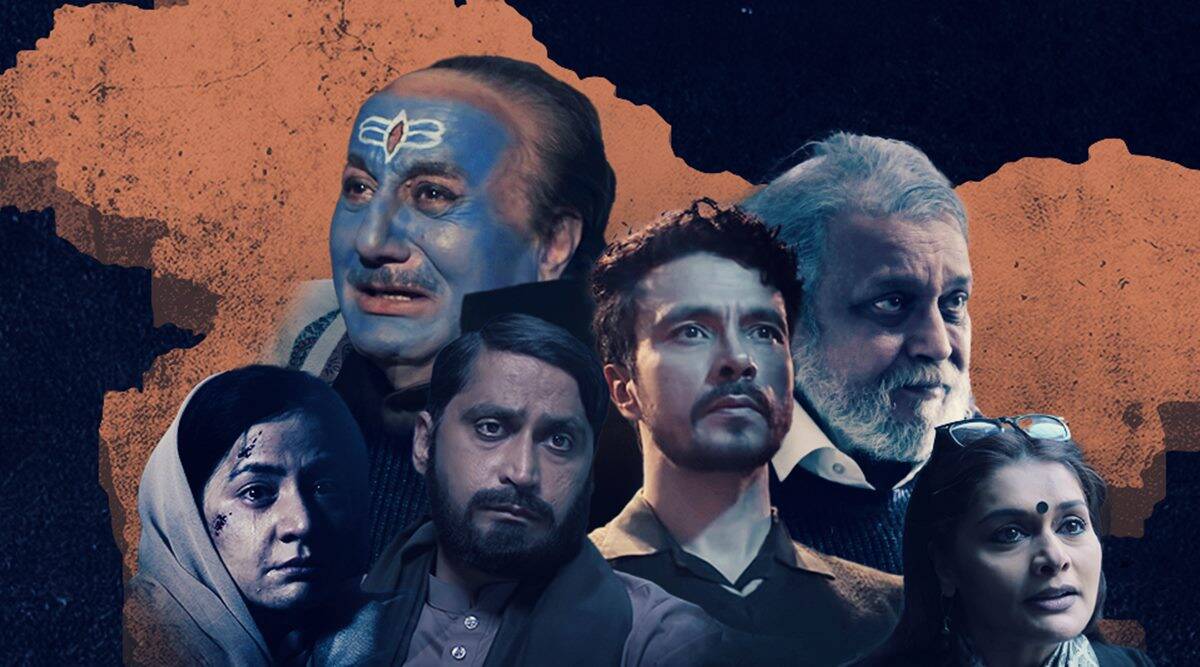 Veteran actor Anupam Kher, who played the protagonist in the blockbuster ‘The Kashmir Files’, which documents the alleged genocide and exodus of Kashmiri Pandits from the Valley, on Tuesday spoke up on the raging controversy over International Film Festival of India (IFFI) jury head and Israeli filmmaker Nadav Lapid’s statement calling the film ‘a propaganda’ and ‘vulgar’ at the festival’s closing ceremony on Monday.

Taking to Instagram, the actor, who recently appeared in the Sooraj R. Barjatiya directorial ‘Uunchai’, dropped a video on Instagram saying that some people can’t stomach ‘Kashmir’s truth’.

In his short video address on the social media platform, Kher said, “Friends, some people are not in the habit of showing the truth as it is. They like to give it a certain colour or cover up the truth in the name of creative liberty. The fact is that some people are not being able to digest Kashmir’s truth. They try to show Kashmir through a different cinematic lens and have been at it for the last 25-30 years. ‘The Kashmir Files’ has exposed them.”

He added, “They are having problems because the film documents the truth as it is. If you cannot see the truth, keep your eyes closed and your mouth shut. Stop making fun of it. This is our truth and we have lived through it.”

The veteran actor, who drew high praise for his performance in the film, said without taking names, “We, along with our daughters and sisters personally experienced those days. The scars are yet to heal. This truth is a part of our lives. Go and ask the ones who have been affected by it. India and Israel are friends and both countries are affected by terrorism. A common Israeli would understand the pain of Kashmiri Hindus. But, every country has traitors.”

He tagged his video post with a message that read, “The truth of Kashmir files is stuck like a thorn in the throat of some people. They are not able to swallow it or spit it out! Their soul, which is dead, is shattered badly to prove this truth a false. But this film of ours is now a movement not a movie. People’s consciousness has awakened.

Desperate #Toolkit gang keep trying millions. #TheKashmirFiles #Truth #TruthPrevails”.
Addressing the closing ceremony of the 53RD IFFI, Lapid termed ‘The Kashmir Files’ a ‘propaganda, vulgar film’, adding that he was ‘shocked’ to see the film in the competition section of such a prestigious film festival.

“If the holocaust was right then the exodus of Kashmiri pandits is also right. This (Lapid’s statement) seems pre-planned as immediately after, the tool-kit gang became active. It’s shameful for him to make a statement like this as he comes from a community whose members suffered the horrors of the holocaust,” Kher told ANI on Tuesday.

“By making a statement like this, he has also hurt the holocaust survivors. I wish God gives him (Lapid) the wisdom so that he doesn’t use our tragedy to peddle his agenda on stage,” the veteran actor added.

Kher also tweeted on Lapid’s statement, saying, “No matter how high the height of the lie is.. It is always small in comparison to the truth.”

The veteran actor also juxtaposed images of ‘The Kashmir Files’ and Steven Spielberg’s ‘Schindler’s List’ in his tweet to drive home his point.

ANI contacted the festival organisers but they refused any comments on the jury head’s statement.