Can talk to TTP, separatists, but not to Shahbaz govt: Imran Khan 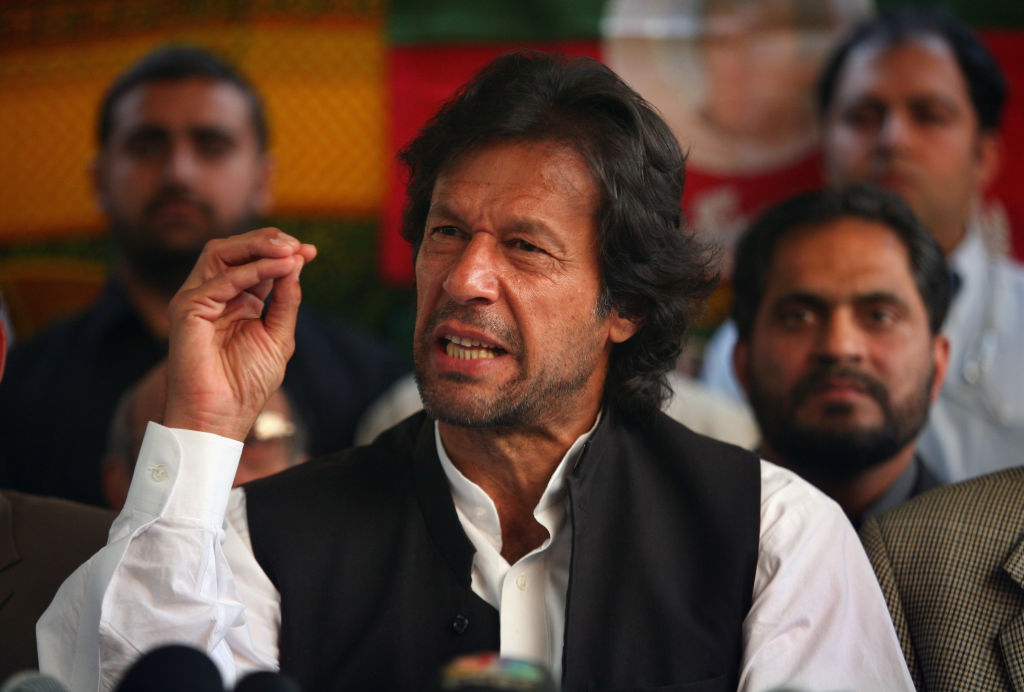 ISLAMABAD, PAKISTAN – NOVEMBER 22: Pakistani opposition politician and cricket legend, Imran Khan, speaks out against President Pervez Musharraf and emergency rule at a press conference November 22, 2007 in Islamabad, Pakistan. Khan was imprisoned by the government last week under terrorism charges after trying to lead a student protest in Lahore. (Photo by John Moore/Getty Images)

Referring to leaders of Pakistan Muslim League- Nawaz (PML-N) as thieves, The Pakistan Tehreek-i-Insaf (PTI) Chairman Imran Khan said that he can hold talks with the Tehreek-i-Taliban Pakistan (TTP), the separatists of Balochistan and Sindh, but cannot sit down for talks with the Shahbaz Sharif government.

The remarks came while the former prime minister was expressing his gratitude over Supreme Court’s decision to elect Parvez Elahi as the Punjab Chief Minister on Wednesday night. “I can talk to the [Tehreek-i-Taliban Pakistan], the separatists of Balochistan and Sindh, but not with thieves. Will you speak to someone who robs your home?” he said as quoted by the Dawn newspaper.

PTI termed the Supreme Court’s decision as “supremacy of the Constitution” and said, “Throughout my life, I have witnessed such enthusiasm only once before, and that was during the 1965 war; at that time, everybody thought that the nation was fighting. And now, I saw the same enthusiasm among the masses during the by-polls in the 20 constituencies of Punjab.”

The PTI chief said that he does not want bad relations with the US and added that death is better than slavery.

“I do not want bad relations with the US, where we export more than any other country and where a large number of the Pakistani community resides. But death is better than slavery and we have to live with self-respect,” Imran Khan said.

The former prime minister termed the general elections as the sole solution to the prevailing economic crisis in the country and said that he would only ask overseas Pakistanis and not the International Monetary Fund (IMF) for financial assistance once he comes to power, local media reported.

Khan alleged that the Chief Election Commissioner (CEC) Sikandar Sultan Raja was involved in rigging during the recent by-elections.
The PTI chief promised to resume the Sehat Card and Ehsas Ration, two major schemes that were launched when he was in power.

He vowed to resume these schemes in Punjab to eliminate the perception of dissolving Punjab and Khyber Pakhtunkhwa assemblies in an attempt to pressurise the federal government to step down and announce general elections.

The former prime minister added that as per the constitution, the parliamentary leader, not the party head, could decide which side the party will vote for in the polls, the publication said.
“But leaders of the ruling coalition bashed institutions and the judiciary when the decision came against them,” Khan said.