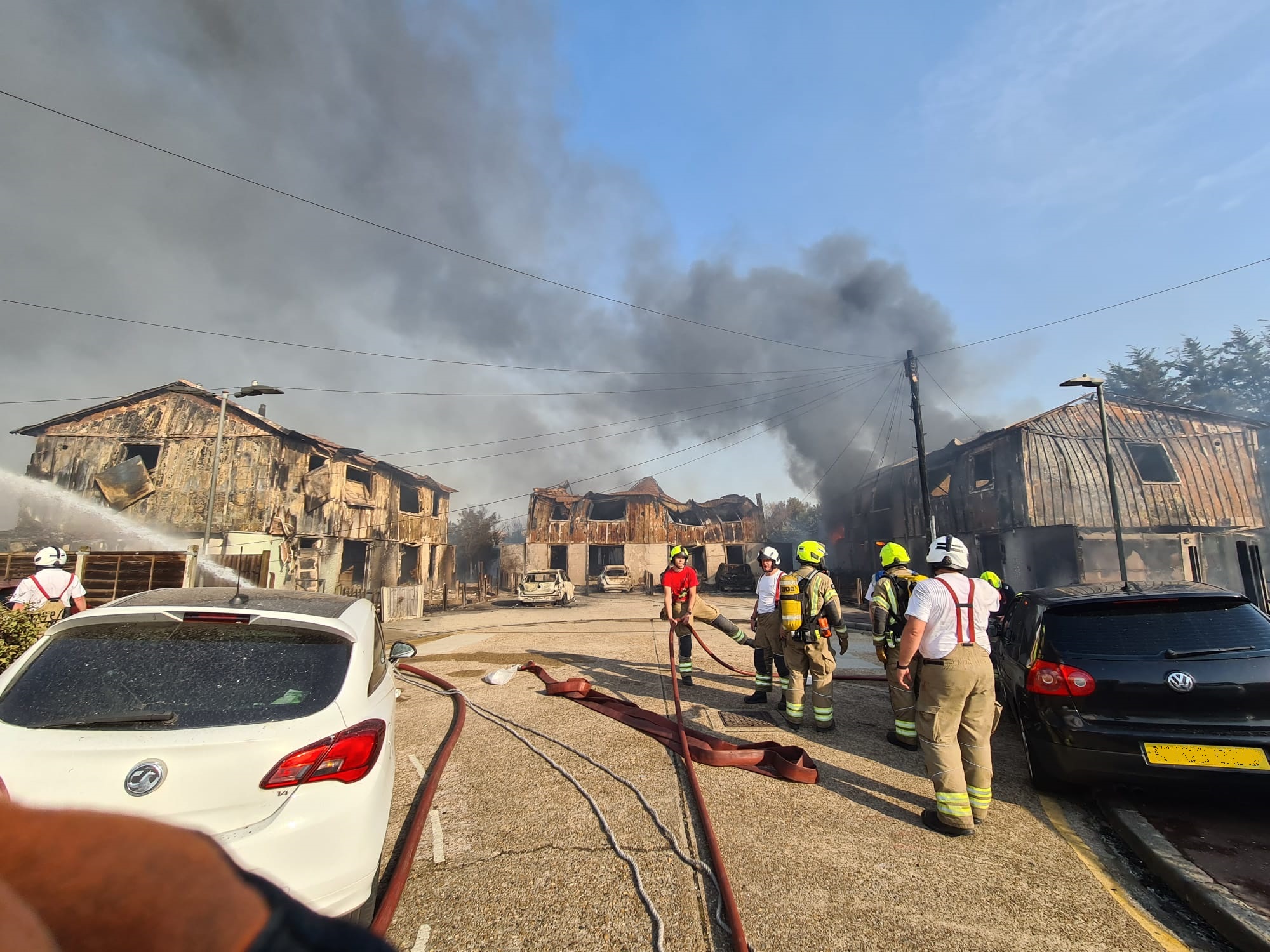 Firefighters worked through the night to damp down wildfires and engineers raced on Wednesday to fix train tracks that buckled in the heat as Britain woke up to the aftermath of its hottest ever day.

The London Fire Brigade endured its busiest day since World War Two on Tuesday when temperatures topped 40C for the first time, igniting fires that destroyed dozens of properties in the capital and sent flames racing through tinderbox-dry grassland at the sides of railway tracks and roads.

Trains running from London up the east coast of England were cancelled at least until midday on Wednesday after a fire near the city of Peterborough in central England damaged signalling equipment. Other fires on the network damaged tracks and overhead lines.

“Please do not travel to or from London Kings Cross today,” the London North Eastern Railway operator said, of the major London station.

Britain’s Met Office said a new provisional record temperature of 40.3C (104.5F) was recorded in Coningsby, central England, on Tuesday, with 34 sites across the country beating the previous high of 38.7C (101.7F) recorded in 2019.

The Met Office forecast a much cooler day on Wednesday, with outbreaks of rain later.

Britain’s government has defended its record on the environment, touting its decision to move to a net zero status, but ministers have admitted it will take years to upgrade its infrastructure to cope with the heat.

At one point on Monday, two airport runways were forced to close due to damage to the surface. Power companies faced outages as the heat scorched their equipment, many schools closed early and zoos struggled to keep pets cool.

Executives at the world’s joint-largest air show at Farnborough ducked from one air-conditioned chalet to another while many left early on Tuesday over fears the train network would struggle to keep going. Read full story

“This is a reminder today, I think, of the importance of tackling climate change because this is a remarkable unprecedented event,” Treasury Minister Simon Clarke said.

London Mayor Sadiq Khan praised the work of the fire brigade after it received 2,600 calls for help, compared with a normal daily average of 350. The London Ambulance Service received 400 calls an hour from people struggling with heat exposure, breathing difficulties, dizziness and fainting.

“The problem is we’ve not had rain in the entire month of July in London,” Kahn told BBC Radio. “The grass is like hay, which means it’s easier to catch fire and once it catches fire it spreads incredibly fast.”