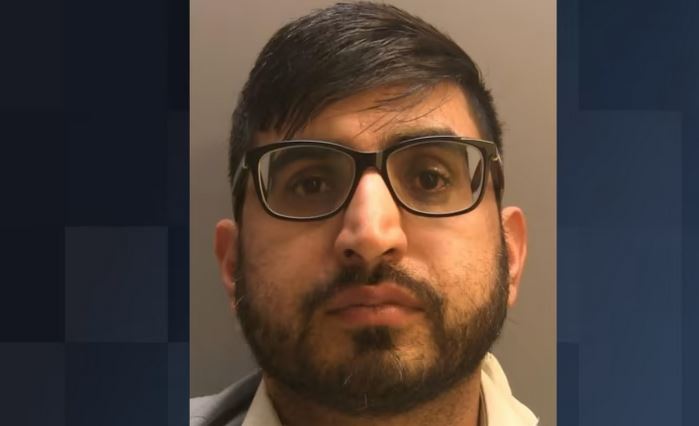 A pharmacist from Bolton has been jailed for dangerous driving which left a family fearing for their lives, according to reports.

Amar Manzoor, 39, of Plodder Lane, Farnworth, was handed a 10 month jail term, and must also serve a three-year driving ban when released from prison, as well as passing an extended re-test.

As he attempted to weave through traffic, Manzoor repeatedly slammed on the brakes of his BMW, forcing another driver to crash, reports said.

The incident took place when Manzoor was travelling back to his home near Bolton after his shift as a locum on October 29, 2021.

Reports said that his ‘aggressive, ignorant, stupid, and dangerous’ forced other drivers to move out of his way, and Manzoor found himself behind a BMW X5 driven by Simon Prestwich and his family.

Prestwich claimed that Manzoor continually flashed his lights, undertook him, veered left and right, and crossed lanes, thereby giving him ‘nowhere to go’.

Fortunately, a second collision was avoided as it swerved into the path of an approaching truck and was left facing north. One witness also saw him flash his lights ‘four to five times’.

Prestwich said: “The defendant’s actions caused me to crash into the back of him at motorway speed with my children and wife in the car. I feared for our lives. Both children suffer from disabilities and were extremely frightened.”

At first, Manzoor, a father-of-five, disputed that his driving was risky and claimed that others had “concocted” a story about him in order to “make him look terrible.”

On the day he was scheduled to go on trial, he subsequently admitted to a charge of reckless driving.

“Driving at speed and flashing his headlights, essentially to push his way through traffic. All parties describe Manzoor slamming on his brakes,” prosecutor Andrew Evans explained at Carlisle Crown Court last week. “There is a Russian doll of poor driving. It gets gradually more serious.”

Nigel Beeson, mitigating, told the court: “I do not seek to minimise the poor standard of driving that my client displayed.

“He wishes to express his remorse through me so it can be heard by all. I cannot do anything to reduce the seriousness of this driving and ask the court to look at the effect it will have on a number innocent children.”

Recorder Paul Hodgkinson concluded that only a prison sentence could suffice the justice of the crime.

Diphtheria infections rise in Britain: All you need to know about the Victorian-era…