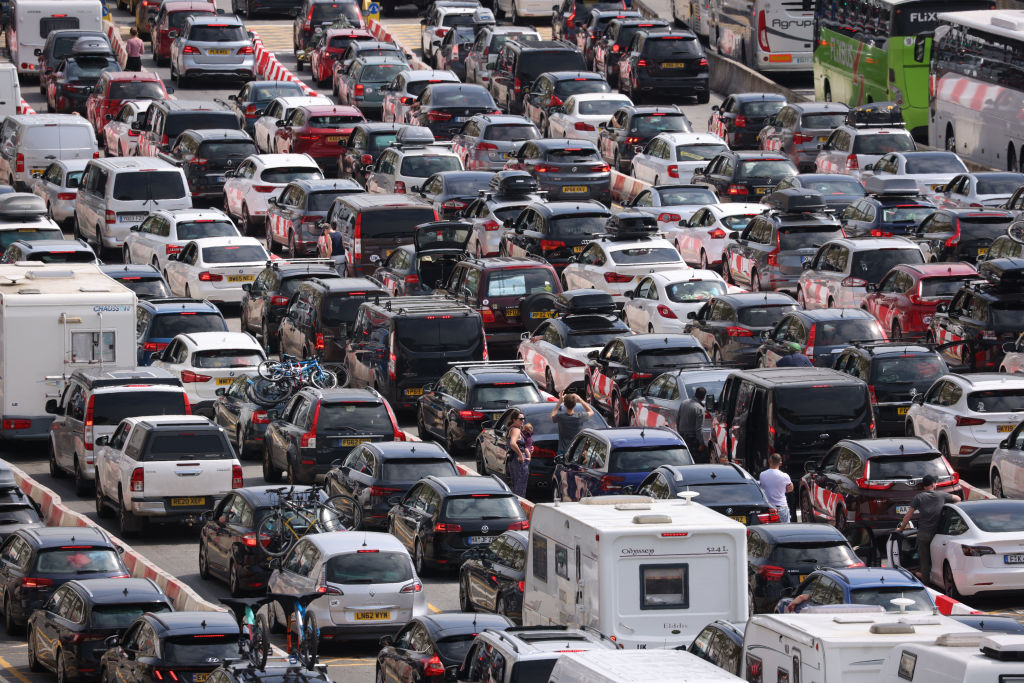 THE English Channel port of Dover on Saturday (23) battled to clear a chronic backlog of summer getaway delays, which Britain blamed on France but others said was caused by Brexit.

Port officials blamed “woefully inadequate” under-staffing of French border posts for ruining the start of the holidays for thousands of people.

Passengers go through both UK and French border checks at Dover before boarding ferries to northern France.

Port of Dover chief executive Doug Bannister said Saturday was expected to be busier because of Friday’s logjam.

Cars and lorries queuing for the port snaked through Dover, stretching kilometres (miles) up the M20 motorway leading to the town.

At 7:00 am (0600 GMT), P&O Ferries told travellers to allow at least three to four hours to reach the port and clear all security checks.

Many faced six-hour waits — or longer — on Friday.

The situation had eased due to the arrival of more French border agency staff, he added, but said the situation overall remained “extremely serious”.

“The problem is that we have both very high volumes of passengers coming through and clearly a backlog in relation to HGVs,” he said.

Dover has previously been a bottleneck for delays since Britain left the European Union, its single market and customs area in January last year.

The queues have been blamed on increased border checks and additional paperwork for freight traffic.

One French lawmaker, Pierre-Henri Dumont, said this weekend’s travel chaos would happen again, calling it “an aftermath of Brexit”.

“We have to run more checks than before,” Dumont, whose constituency includes the French Channel port of Calais, told BBC television.

Bannister agreed there were “increased transaction times” post-Brexit but said capacity had been increased and the port was confident of handling demand at peak periods.

French authorities blamed an “unforeseen technical incident” in the Channel Tunnel for delaying the arrival of its border staff on Friday morning.

But operator Eurotunnel rejected the explanation.