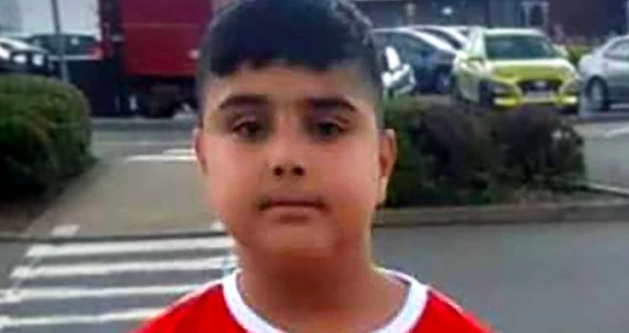 The West Midlands Police have urged the public to provide more information about an accident in which a 12-year-old schoolboy died after his e-scooter rammed a bus in Birmingham.

Mustafa Madeem was riding the Voi machine to his Saltley High School when the accident took place just before 8 am on Tuesday.

Belchers Lane was closed following the collision and emergency services attended to the boy who was later pronounced dead at the scene.

The police force said it sent two ambulances and as many paramedic officers to the scene but “it became clear that nothing could be done to save him.”

A worker employed at a shop near the accident spot in Bordesley Green told MailOnline that the boy was “zooming down the road on an e-scooter and then got hit by the bus.”

He said the road was closed for nearly two hours as “this is how long the emergency services (took) to get him out from under the bus.”

Mustafa’s uncle said it was a “desperately sad time” for the family which was devastated by the tragedy.

Friends and family visited a local mosque to pay their respects to the boy – the second of four siblings.

A spokesperson for the police force said specially trained officers were supporting the bereaved family.

Detective Sergeant Paul Hughes of the serious collision investigation unit has made an urgent appeal for information about the crash.

The tragedy was “awful” for the young boy’s family and friends and “our thoughts are with them at this time”, he said.

“We’ve spoken to a number of witnesses, but still want to hear from any of the passengers on the bus who we’ve not yet spoken to, or from people who may have captured what happened on dashcam,” Hughes said.

A dozen people died in crashes involving e-scooters in Britain in the year to June compared to four deaths in the preceding year.

Well-known YouTuber Emily Hartridge died after her e-scooter hit a lorry in south London in 2019 in what is believed to be the first such fatality in the UK.