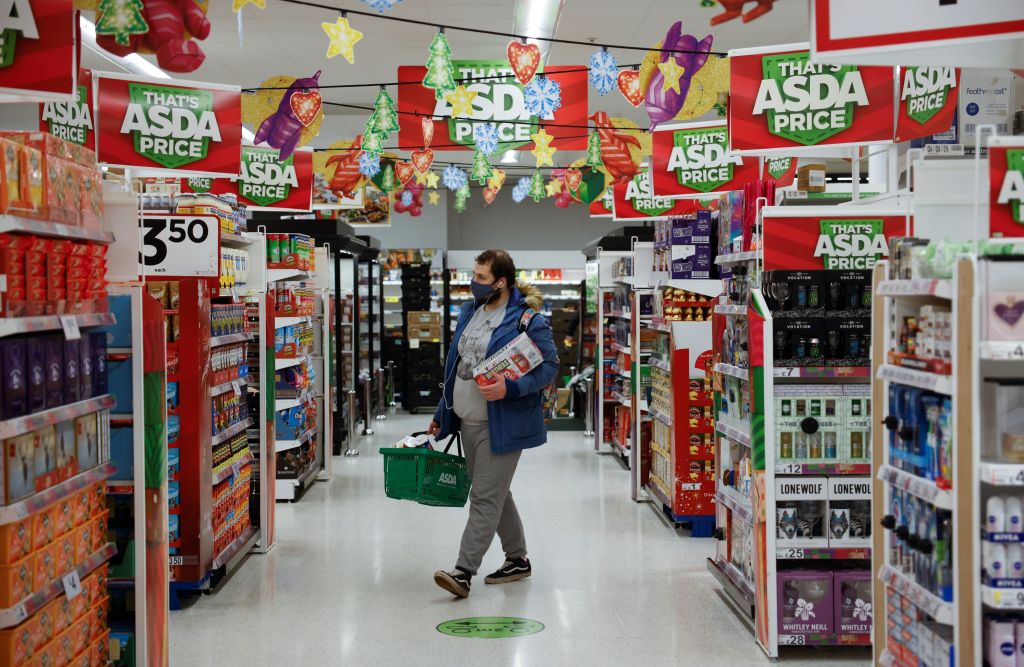 A shopper wearing a face mask or covering due to the COVID-19 pandemic, carries goods in a shopping basket inside an ASDA supermarket in Walthamstow in north east London on December 22, 2020. – The British government said Tuesday it was considering tests for truckers as part of talks with French authorities to allow the resumption of freight traffic suspended due to a new strain of coronavirus. Britain was plunged into fresh crisis last week with the emergence of a fresh strain of the virus, which is believed to be up to 70 percent more transmissible than other forms. (Photo by Tolga Akmen / AFP) (Photo by TOLGA AKMEN/AFP via Getty Images)

Blackburn’s billionaire Issa brothers continued their business expansion spree with the supermarket chain Asda, co-owned by them, striking a £600 million deal with the Co-operative Group.

Asda said it would take over 132 sites from the Co-op as part of its growth strategy to move into the convenience market.

The purchase comprises 129 established sites with grocery retail stores and attached petrol filling stations and three development sites. The sites are located across the UK.

The deal – £438 million in cash and £162 million in lease liabilities – accounting for five per cent of Co-op’s retail estate is expected to be completed by the end of the year, Evening Standard reported.

The Leeds-headquartered Asda said the transaction would be financed through a combination of existing cash resources and bank finance.

Some 2,300 people currently employed in the Co-op stores will be transferred to Asda after the formal completion of the acquisition.

“We have always been clear in our ambition to grow Asda and are hugely excited to create this new and distinct part of our business,” he said after reaching the purchase agreement with Co-op.

“We see convenience as a significant growth opportunity for the business”, he said adding that the acquisition “forms part of our long-term ambition to become the UK’s second-largest supermarket.”

Co-op chief executive Shirine Khoury-Haq said the deal was part of the British consumer co-operative’s strategy to move away from operating petrol forecourts.

The Issa brothers – Mohsin and Zuber – who built their retail empire starting with just a fuel station in 2001, had taken over Asda from Walmart in a £6.8 billion deal. The acquisition also meant that the company, founded in 1949, came back under British ownership.

Asda to open 300 convenience stores in next four years

‘No point in economic reforms when we don’t have an economy: Sri Lankan President Wickremesinghe