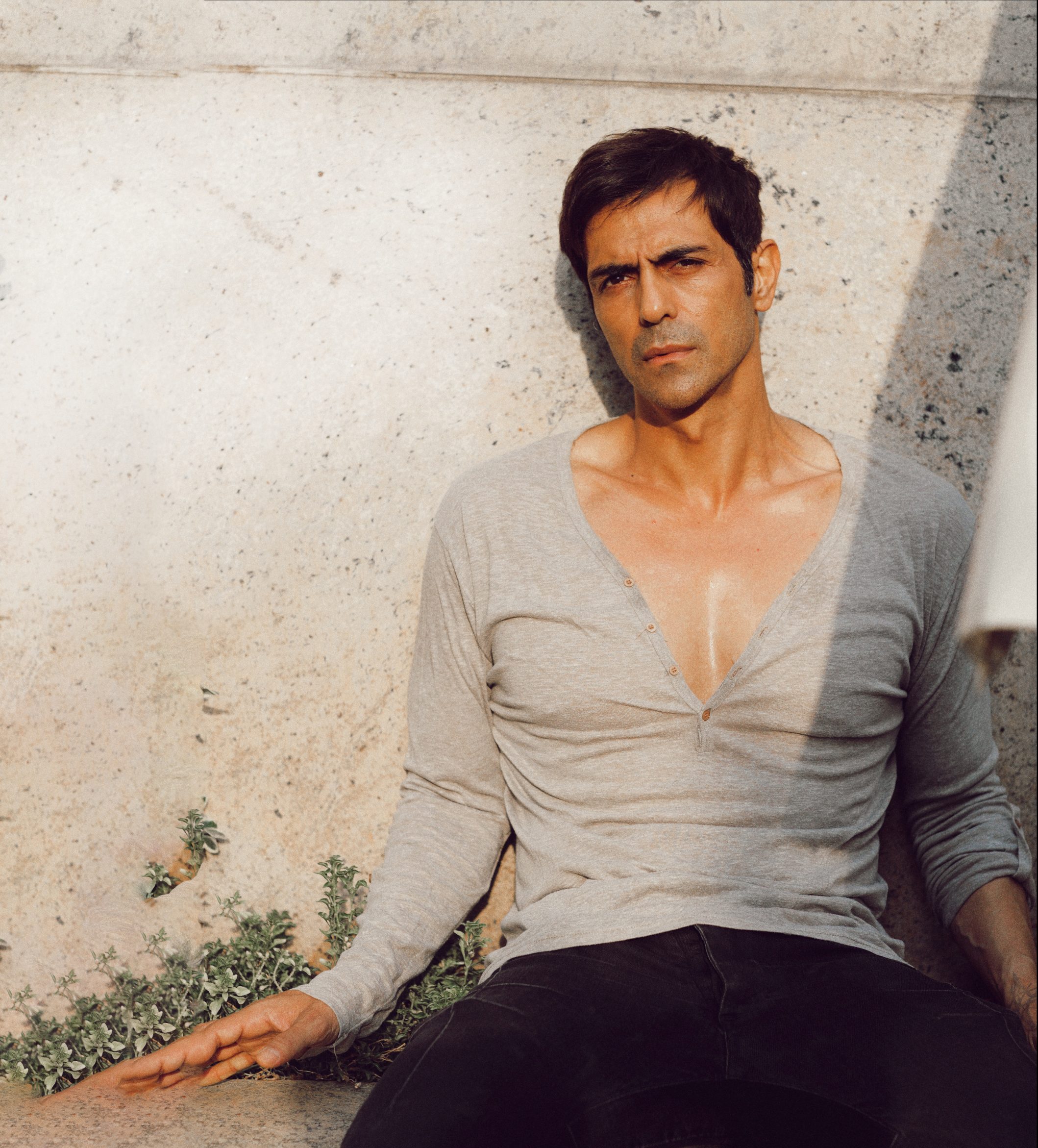 In terms of challenges and variety of roles, this is perh­a­ps the most interesting phase of Arjun Rampal’s car­e­er.

The talented actor is taking on dramatically different characters in diverse genres that are showing off his impressive range and keeping him firmly out of his comfort zone. This remarkable adaptability is demonstrated by upcoming projects that include an action entertainer, period epic, horror film and portraying a real historical ruler.

Someone clearly in love with his craft, he is embracing the demanding schedules with open arms and was in good spirits when Eastern Eye caught up with him on a rare day off.

He spoke about subjects including his love for acting, secret of a good performance, forthcoming films, personal hero and escaping any heartthrob image.

How do you sum up your action-packed journey?
Well, I wish it was that easy to just sum it up. I think it’s just been, I don’t know how to explain it, enriching, enlightening, and a huge learning experience. You know you’re constantly learning every day and just fall more in love with the craft. So, that’s how it has been.

What would you say acting means to you today?
Well, it is very deep and intense. It’s something which you can’t just take for granted or dive into. It’s something which kind of helps you to get to know yourself better and be a lot more aware about everything around you. It allows you to be more sensitive, caring and generally awake, and alive. That’s what I think it means to me.

Is it a coincidence that all your projects have been so dramatically different to each other in recent years?
I mean it’s not been calculated, but it’s definitely been a deliberate decision to do that. I’m kind of a person who really gets bored of repetition and being repetitive. I think in order to really grow one can’t create a comfort zone. You know the minute you kind of create that comfort zone for yourself and get too complacent or comfortable in any position, I think at that point in time you start getting bored really fast. And not being sharp enough to be motivated or excited. You stop enjoying every moment of that journey you’re supposed to have. So yes, to me it is just about getting myself out of the comfort zone.

It seems like you have spent a lot of your career trying to run away from your heartthrob and pin-up image that many have always associated with you since your modelling days. Is that fair to say?
It’s interesting you say that, Asjad. Yeah, I guess so and you’re probably right. It’s the same thing you know about not wanting to get into a comfort zone or space. Also, I was never comfortable with being called ‘sexiest man alive’, sex symbol, eye candy and all that. Those kind of words really scare me.

Would you tell us something about your forthcoming Telugu film Hari Hara Veera Mallu?
So right now, I’m shooting for my first South film, with (writer-director) Krish Jagarlamudi. Pawan Kalyan is in it as well. It’s a period Telugu drama and I’m playing a real-life character. In fact, I am playing the part of Aurangzeb. It’s a completely commercial project and absolutely fictitious.

Tell us about some of your other forthcoming projects?
Then I go onto a film with Vidyut (Jammwal) next month, which I’m training for right now. It’s an action-packed film titled Crack, which is directed by Aditya Datt, same guy who did Commando 3. After that I go into another very big action film again. There is also The Battle of Bhima Koregaon, which I started filming, and it’s a period drama based on true events. Then I go into a horror film, which I will be shooting in London around about September/October. (Laughs) I promise you none of the characters are the same.

You’ve done a variety of roles, from the good guy to the villain, but is there one dream role that you haven’t done yet?
I don’t really think about what would be a dream role.

I have always wanted to see you in Hollywood because you have the looks and talent, but you have kind of stayed away from it…
It’s not that easy where you just pack your bags and move to Hollywood or whatever. It’s a totally different process and very time consuming. You kind of have to restart because nobody knows you really there. So in a way, you have to start from scratch. I mean you never know because the world is getting smaller and smaller. Those boundaries and borders that were there between different countries and, you know, industries are kind of blurring, so you never know. But in terms of a dream role, I really don’t know what that would be right now.

You are a movie star, but more so a great actor. What do you think is the secret of a good performance?
I think that there’s no substitute to honesty. I just believe that if you can breathe life into every character and make them as believable as possible, that’s when you get something really special out.

You are a hero for many, but who is your own personal hero?
I mean my hero for me, as I’ve gotten older and seen the world and life, I think would have been my mom. For me she was really a very evolved and selfless human. A person who sacrificed so much, loved unconditionally and never feared anything. She was absolutely fearless and one of the most positive people that I have ever met. So, I think she would be my hero.

If you could at­tempt ano­t­her job other than your own, what would it be?
Maybe I would direct. I don’t direct, though. I don’t know, but I mean I’m very inclined right now and leaning a lot towards it. I think I would really enjoy going behind the camera and direct some good actors with a good script and tell a good story. That is something which has always kind of grabbed my attention and mesmerised me. That how many departments you can really work with and create something from scratch and be the captain of that. That I think would be something very very exciting and definitely extremely challenging.

What kind of content do you enjoy watching as an audience?
I just saw this really amazing series called The Offer. I don’t know if you’ve seen it. It’s really wonderful and I love watching stuff like that. It’s the whole behind-the-scenes of how The Godfather actually came into existence. So, it’s fantastic because I produced this movie called Daddy, and there were so many moments in there which were so similar – the challenges that one goes through. It’s about one of my favourite films The Godfather, part one and two. To just see what they went through, from the director Francis Ford Coppolla and producers to the studio to the whole mafia that got involved in it. It’s just phenomenal, so well written, and extremely well performed. It really catches the whole moments and mood. I really enjoyed that and like this other show Succession. There’s so much good stuff out there.

Why do you love being an actor?
Because there is not one day which is the same and it’s the absolute antithesis to monotony, you know. Finally, only an actor can decide when to hang up his gloves and retire, and create that shelf life for themselves. So, there’s so much you have to look forward to every day, evolve, learn, and most importantly, it keeps you young.

Counting and Cracking: A moving story of love, political strife and exile