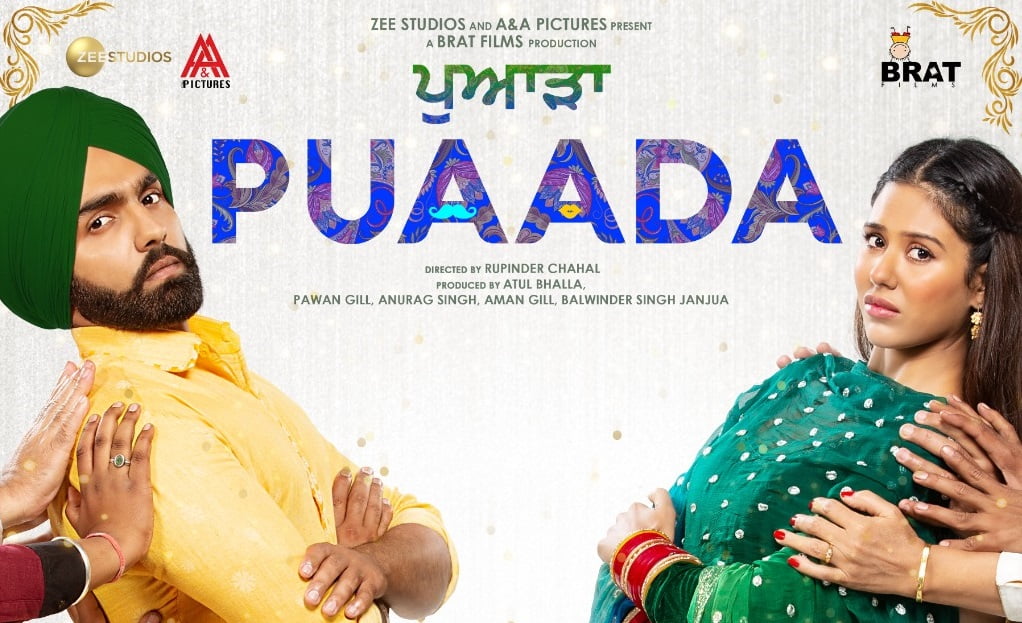 With several states across India allowing relaxations in coronavirus-induced restrictions, a number of filmmakers have started announcing dates for theatrical release of their films. Today, the makers of the upcoming Punjabi film Puaada announced that the romantic-comedy film will arrive in theatres on August 12.

Directed by debutante filmmaker Rupinder Chahal, Puaada stars popular Punjabi actors Ammy Virk and Sonam Bajwa in lead roles. The film was earlier scheduled to release on April 2 but was postponed due to the second wave of the coronavirus pandemic. It will now have its worldwide theatrical release on August 12.

Bajwa took to her Instagram handle and shared a poster of the film. “We are coming to the cinemas, so get ready with your family on August 12. Puaada releasing worldwide at theatres near you,” wrote the actress.

On July 9, the Punjab government allowed reopening of cinema halls to those who have received at least one dose of COVID-19 vaccine. Before the film’s release was pushed, the makers had unveiled its trailer and the track ‘Aye Haye Jattiye’.

According to the makers, the team is now gearing to re-start the marketing campaign with the launch of the remaining songs and posters of the film.