Ameet Chana: ‘I’m focused on giving a voice and platform to Asian artists’ 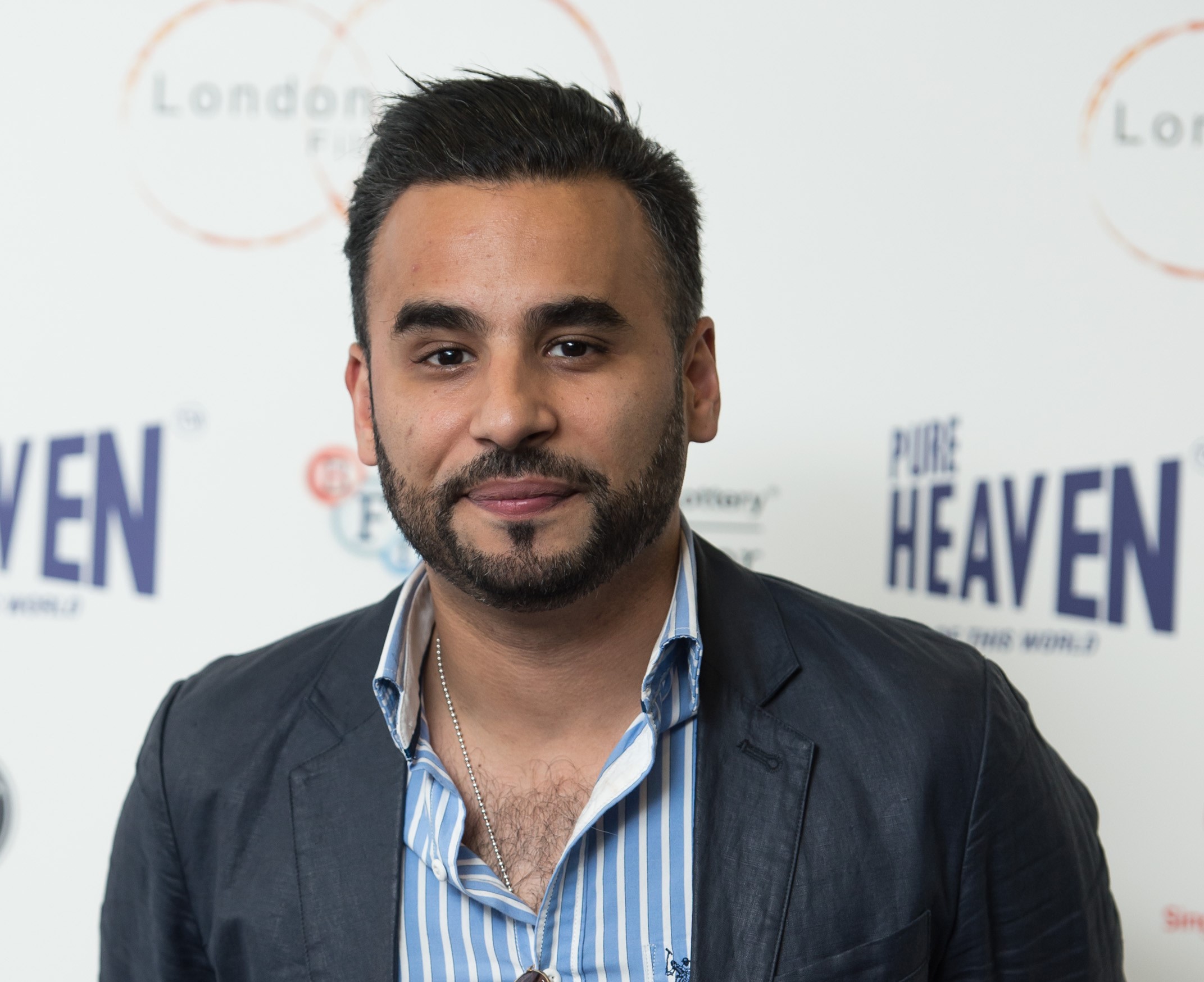 NOT enough of “our stories are being told and told correctly”, feels actor Ameet Chana, who is on a mission to offer voice to British south Asian artists by developing more authentic and relevant stories that portray “the real us”.

Chana, best known for his roles in Bend It Like Beckham and EastEnders, alongside his work on Sunrise Radio’s weekend breakfast show, has had a varied stage and screen career.

Now at Rifco Theatre, the actorturned-director is now set to push boundaries. He has released back-toback seasons of his directorial online comedy sketch Leave the Plastic On, both of which are receiving huge response.

Eastern Eye got an opportunity to get candid with the actor-director when he revealed how he conducted “a national call out” for British south Asian writers while developing the second season.

“We did a national call out for British south Asian comedy writers to send in their work. Through that, we picked three writers that we really liked and then developed their work with them.

“At Rifco, our USP is that we give platform and voice to British south Asian artists and creatives. That’s what we do. That’s what I take pride in.

“Growing up as an actor, people used to say that they don’t always want to play Asian characters. And that was because we don’t have enough of our stories that are being told and told correctly.

“So, instead of getting stereotyped, I want to be seen as me, I want to tell my story. I don’t want to not play a character that doesn’t have any relevance of my third dimension – my cultural background. As an artist, it is my mission to further challenge, educate and make audiences aware about our experiences,” said the 47-year-old actor-turned-director.

Chana believes representation of south Asian artists is getting better, but the content and the quality of that representation still need a lot of work.

“I think representation is becoming clearer, but they’re not always for the right reasons. With the exception of one or two shows and movies, we are seeing south Asian characters onscreen but they usually don’t have any relevance. So, we don’t get to know anything about their back story, or see them at home struggling with their relationships or their family – they won’t ever be part of the central story.

“Creators today just want people of colour because they’ve got boxes to tick. I feel we’re all being pulled in the same casting pool; getting pushed in the same box,” he said.

As an actor as well as a director, Chana is making sure that he does not contribute in stereotypes and makes sure to ask hard questions before taking up any projects. Leave the Plastic On mainly revolves around two characters – a privileged young British-Punjabi guy who is desperate to represent his culture through music and a young woman who is in complete denial of her Asian background.

Chana revisited how he and Kumar developed the show and how pandemic played a key role in the way it took shape.

“We both grew up in the world of British Asian comedy clubs. We used to do sketches and stand-ups in a place called Watermans Art Center in Brentford. Pravesh and I have been discussing this thing that it’s been 20 years since Goodness gracious me came; there hasn’t been anything since.

“As a theatre company, in late 2019, we started developing an idea for a new British south Asian comedy sketch show – a theatrical one. It was supposed to be a live show. On March 20, 2020, we launched a workshop with some actors and sketches. And literally a week later, we went into lockdown. “However, Pravesh and I persisted and collectively came up with the idea of developing a digital project. As soon as we were allowed to go back to filming, we booked a huge property for two days. We got the cast in and created a bubble. We shot first six sketches for the first season, by making sure that no more than six people are on the set at any point of time,” he informed.

Seeing a good response on the first season, Chana and Kumar earlier this year shot the second season. This time, they expanded by commissioning writers from outside of Refco creative team.

“This time, we have made it bigger. We have created more characters. The production value of it has gone up as well. It’s not just about two characters anymore,” Chana told Eastern Eye, adding that bringing the play to the digital world is an attempt to capture new and younger audiences.

“The great thing about digital content is that you start to engage with audiences that you might not necessarily engage with in the theater,” he said, mentioning how their social media accounts are now filled with comments by people how the show and its characters remind them of someone or their childhood.

Chana believes that Leave the Plastic On was coincidentally conceived at just the right time. “We always knew that at some point as a theatre company, we were going to have to invest much more in digital content to engage with new audiences. We managed to kind of hit the nail on the head at the right time”, he said.

Born in Surrey to British Punjabi parents, Chana seems to be a deeply-rooted proud British-Punjabi. “My dad is a Sikh Punjabi while my mom is a Hindu Punjabi. They came here in the mid 60s from Uganda. I had a normal British Asian upbringing- very much influenced by Hindi cinema and UK Bhangra music.

“I think my mother always believed that I had some sort of artistic flair. I used to dance around the house and emulate Michael Jackson and watch Amitabh Bachchan’s films, copying his dance moves.

“At 13, we moved to Harrow and I joined London Academy of acting and did intensive acting workshops for three months. London Academy of Acting had their own agency and after I completed that course, they signed me to their agency and that’s how I started acting professionally at the age of 14. I soon landed a few TV roles before Wild West happened,” Chana recalled while talking to Eastern Eye.

Throughout growing up and even to this day, Chana admitted constantly feeling disadvantaged due to his race.

“I live in a country where I’ve been told all my life that I don’t belong and to go back home,” he said.

Speaking of future projects, Chana and Kumar are developing a huge musical that will go on tour in late 2023 and working on remounting a 2014-hit play apart from developing an immersive style gig theater show around UK’s punk rock scene and 1990s’ daytime Bhangra gigs.

Despite spending more than 30 years in the acting world, Bend It Like Beckham remains closest to Chana’s heart. In his words, the movie had a huge global impact.

“Universality of that film translated to everyone. It did such a great job in making people realise we, as Indians, Pakistanis, Bangladeshis or Sri Lankans, all of us are like everybody else. Our approach may differ but we have the same struggle and issues. Everyone’s destination is the same; it’s the journey that’s different,” Chana concluded.