A dream 2016 saw Akshay Kumar score big with three box-office successes in contrasting genres and show off his versatility once again.

Arguably the hardest working A-list actor in Bollywood, Akshay is looking set for another big year and will kick things off with this week’s big Bollywood release Jolly LLB 2.

The comedy satire about a small-time lawyer who must step up and do the right thing sees Akshay once again show off his immense range in commercial cinema. It also sees him stepping into a successful franchise and taking it to a higher level.

Eastern Eye caught up with Akshay to talk about his success last year, Jolly LLB 2, being disciplined, romance and who he would call if he was in trouble.

You must be pleased with the incredible success you had in 2016?

Absolutely. I owe it all to my fans – they are the ones that keep me going after 26 years. I’m only here in in the industry because of them.

Last year was definitely interesting for me from a creative perspective, as I had the chance to experiment with different genres and different roles, from playing characters based on true stories in Rustom and Airlift to a more comedic one in Housefull 3. Variety in the kind of roles I take on always helps. It keeps me on my toes.

Like you said, you have really been mixing up the genres and roles in recent years, including the three contrasting films in 2016. Was that a conscious decision?

I am very conscious about the scripts I choose and it is true that I want to be challenged on that front, so I do try to mix it up. Versatility is a career saver in this industry. But it is a largely a coincidence that 2016 had such a mix of roles – if I am honest, I can never really control the kind of films that come my way.

Has the way you choose your films changed?

It’s always been about the script for me – how it makes me feel, if I connect with what I’m reading and is this a film I would like to see? Most importantly, I ask if I feel this will appeal to the fans, and meet their expectations as well as the expectations of the wider audience.

I used to fixate a lot on action and comedy, but I feel the audience is more accepting of heavier films now, hence I feel I have the freedom to expand my horizons.

You must be pleased with the variety of roles you get offered?

I really am and more than that, I am grateful. Each new role allows me to reinvent myself as an actor, and I get to dig deep and discover something new about myself that I didn’t know existed, or had tried before.

Well, what I really liked about the film and what attracted me to it was the script. It is a great story, based on true events, and I was really impressed by the way it acts as a lens on our society. The film is packed with satirical humour, which is always far more palatable for an audience in a film like Jolly, where you are trying to convey a specific issue or message – it’s better than adopting a preachy attitude. It allows you to have fun, but also think about the issue in equal measure.

But it’s more than just the script and story – it was a great team to work with, like Huma Qureshi, Annu Kapoor, Saurabh Shukla and our director Subhash Kapoor. The
entire cast was great and we had a lot of support from our producers at Fox, which is always good.

Normally you create franchises, but what was it like coming into an existing one?

There’s always some expectations when coming into an existing franchise, especially when the first film was so well liked. In some ways, that makes the project a bit of an underdog. But I treat each script and film as a fresh project, regardless of whether or not they are part of an existing franchise or not.

What are the film’s underlying messages?

In these films there is always a struggle between good and evil, but this film is also very much about principles and morals. In particular, it is about never compromising on those values for the sake of a quick buck.

There is a lot more that happens in the films regarding certain issues which I can’t reveal at this time, but it does shine a spotlight on the wider social issues. Now to find out exactly what that it is, you’ll have to watch the film.

Your comedy satire OMG: Oh My God conveyed an important message through humour. Is this doing the same?

It is indeed. Through satire and comedy we can tell a story in a way that it resonates with people, so we create an impact. We do need to be careful, though, that we don’t come across as too preachy when conveying important messages, but I hope we have achieved the right tone in Jolly LLB 2.

What is your favourite moment in the movie?

There are so many throughout the film. More than a favourite, a special time for me was shooting in Varanasi as it was my first time there and I was fortunate to take a dip in the holy Ganga. Also, I loved locking horns in court with the inimitable Annu Kapoor.

Tell us about your character and the story?

Well, it is the story of a blunt, abrasive and yet oddly compassionate advocate Jolly, whom I play. He is a small-time, struggling lawyer who moves from Kanpur to the city of Nawabs, Lucknow, to take on the establishment.

It’s a bit of an underdog persona, as Jolly attempts to catapult himself to the top of the legal food chain. Having spent years in the chaotic and dingy court corridors, Jolly is looking out for an opportunity that could turn the tide in his favour and help him achieve his dream of becoming a full-fledged lawyer with a chamber.

When faced with the glimpse of such an opportunity, Jolly jumps at the chance and in the bargain commits an innocent mistake with irreversible consequences. That makes him ready for a big fight with the ruthless advocate Mathur, played by Annu Kapoor.

If you were in trouble legally in real life, who would you call?

Fortunately though that doesn’t happen often but in case of legal trouble it has to be my lawyer obviously, since he’s the expert in such scenarios. Also I would inform my wife as she’s my sounding board.

So when was the last time that you did something illegal?

Well, I’ve never done anything illegal or gotten into trouble with the police, but I may have gotten into trouble for the easiest offence in our country – hurting someone’s sentiments. Like for instance, when my own wife opened the button of my jeans for an apparel brand for their Unbutton campaign at a fashion show, it was considered criminal. Apart from that, Mumbai’s police force have always appreciated what a clean actor I am.

You have a great sense of humour on screen, but how jolly are you in real life?

Deadly serious is not the way to describe me. (Laughs) I’ve always been the joker of the pack, so it doesn’t take much acting to be jolly. But to be Jolly in this film took a lot of understanding from my genius director Subhash sir: it’s his magical script that took years to perfect that had me gripped to play the man he perceived in his mind.

You have said you are a man always seeking knowledge. If you could learn something new, what would it be?

Well, I’ve certainly learned many things over the years and will probably continue to do so for some time to come. If I had to learn something new, perhaps challenging myself with a new martial arts style like Wing Chun is on the horizon. But more than anything, I would like to learn how to fly a plane.

Did you make a New Year’s resolution for 2017 and are you sticking to it?

My New Year’s resolution was to do something different, so this year I’m focusing on health and variety.

You are very disciplined in your martial arts and work, but is there a part of your life where that is not the case?

I pride myself on my discipline as it has allowed me to succeed in keeping myself fit and safe in the strenuous work that I do. Like everyone, there are times when I might let my hair down, but I don’t think it is a big deal. Everything is in moderation.

Valentine’s Day is usually an intimate day for me. It has to be cosy time with family, spent with my wife and children. It is, of course, the day to spread love. We always get the children involved; they are as much a part of Valentine’s as any other special day of the year.

How romantic are you in real life?

That’s a question you would have to ask my wife! I think I have my moments, but she’s probably a better judge of that.

Why should we watch Jolly LLB 2?

I think you should watch it because it’s a film for the whole family – there’s something for everyone. It is educational, based on real life and has a clever script with a satirical edge. There is drama, emotion and a sprinkling of romance, but that too is done in a quirky inimitable way. It tells a great story about principles and values and I think audiences will be leaving the theatres feeling entertained and hopefully inspired.

Finally, will there be a Jolly LLB 3?

We’ll see, so watch this space.

Jolly LLB 2 is in cinemas now. 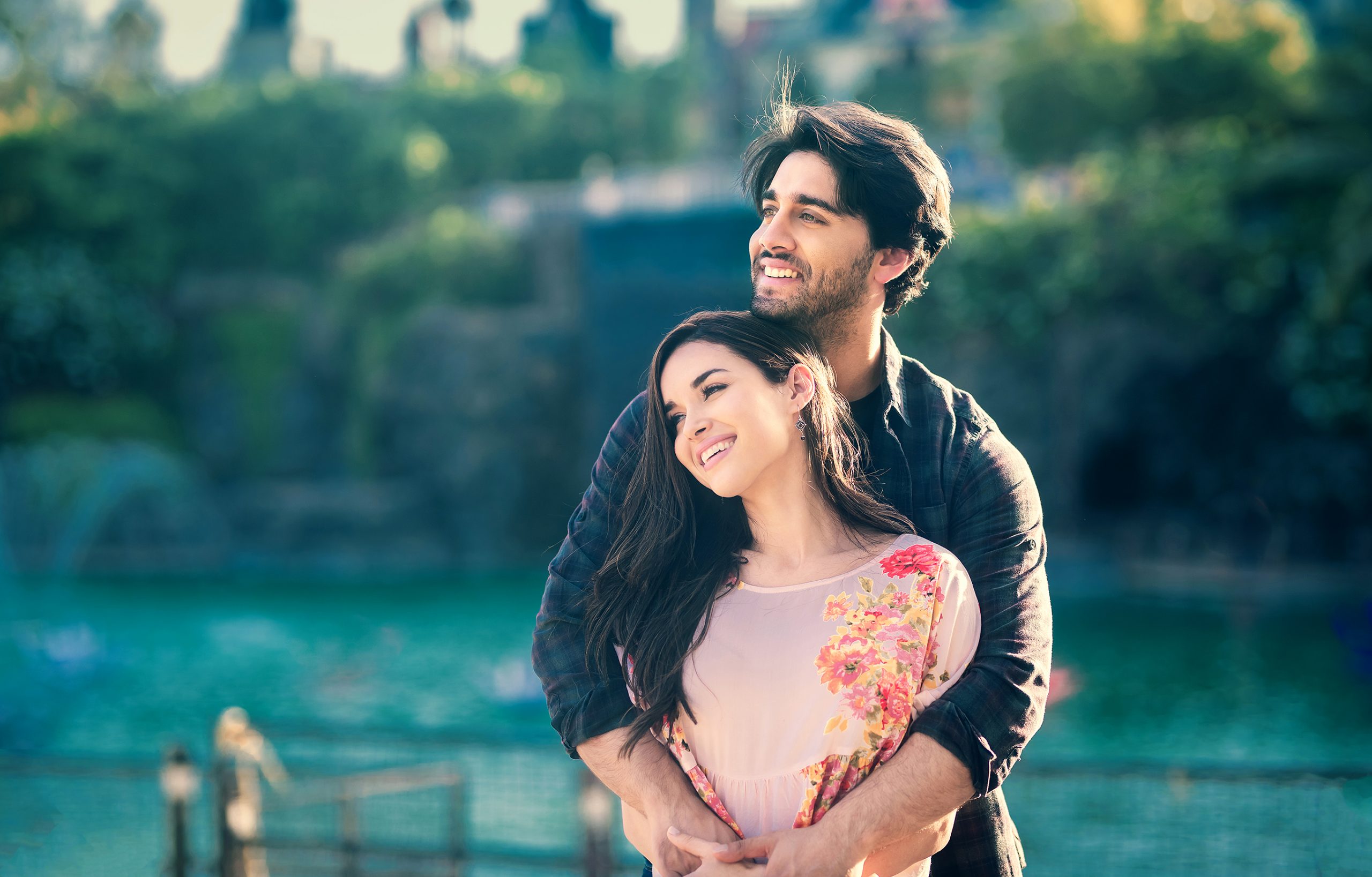