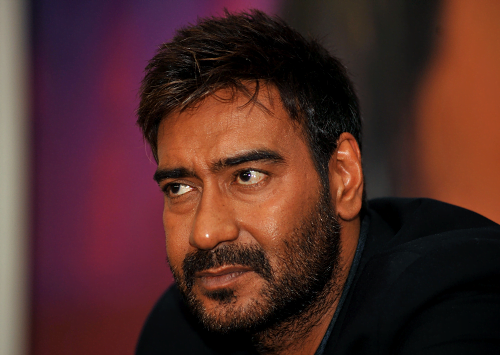 Bollywood superstar Ajay Devgn is set to make his directorial comeback with the upcoming film MayDay, which hit the shooting floor in December 2020. Billed as an edge-of-the-seat drama, the much-anticipated film stars Devgn as a pilot and Rakul Preet Singh as his co-pilot. Megastar Amitabh Bachchan also essays a pivotal part in the film. The details of his character have been kept under wraps.

Devgn is currently working on the post-production of MayDay. And if a report carried by a leading entertainment portal is to be believed, the superstar has also commenced work on a new film, expected to be mounted on a humongous budget of approximately £ 39,268,120.62. Yes, you read that absolutely right!

A source in the know tells the publication, “Ajay has this subject in his mind for a long time now and has finally taken the step to bring it to the spectacle. Devgn has shared his vision and basic plot with multiple sets of writers, who are currently working remotely to develop it into a full-fledged screenplay. It is said to be a VFX driven premise with strong emotions and the actor is very excited to explore this world. It is not exactly a period film. However, the outcome of the said project depends on how the final output of script turns out to be.”

The source goes on to add that development is still in the nascent stage, and the future of the project depends on the Covid-19 situation and the restoration of the theatre industry in the coming years. “The estimated budget at the moment is upwards of ₹400 crore (approximately £ 39,268,120.62), and it may even increase as the things start getting more concrete,” the source concludes.