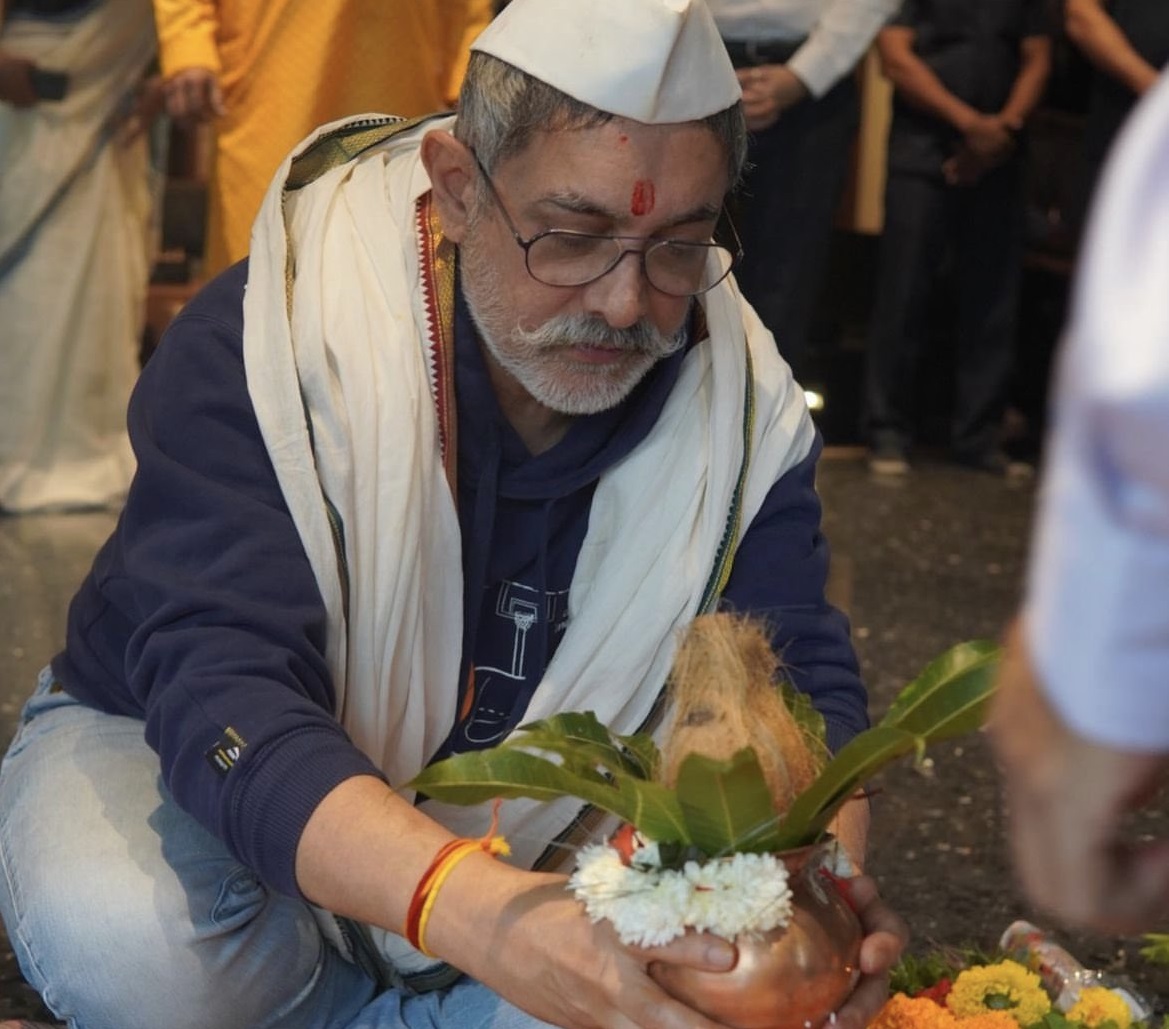 Bollywood superstar Aamir Khan, along with his ex-wife Kiran Rao and son Junaid Khan, recently performed a puja at his new office in Mumbai. Though the puja ceremony took place on Monday, photos from the occasion surfaced on the internet on Thursday when Laal Singh Chaddha (2022) director Advait Chandan dropped them on Instagram.

In the photos, which have taken the internet by storm, Khan is seen performing ‘Kalah Puja’ with a tilak on his forehead. The actor is seen wearing a sweatshirt and a pair of jeans. A cloth is also seen around his shoulders.

His elder son Junaid from his first wife, Reena Dutta, was also present at the occasion. Khan’s ex-wife Kiran Rao is also seen performing aarti together with the actor. Several staff members can also be seen taking part in the puja.

Soon after the photos emerged online, trolls took to social media and attacked Aamir Khan. Some slammed him for not sticking to his own religion and called him a ‘fake Muslim’.

“Once Aamir Khan was happy in Antonia Maino’s remote-controlled India. He could mock Hindus in his movies, marry multiple Hindu wimmin, go to Haj, and stone the devil… Now coz of rising intolerance, the poor guy has been forced to sit for Hindu Poojas! No wonder wifey feels unsafe,” wrote a user.

On the work front, Aamir Khan has not signed his next film. He is, however, set to bankroll the Hindi remake of a 2008 Spanish film under his Aamir Khan Productions.