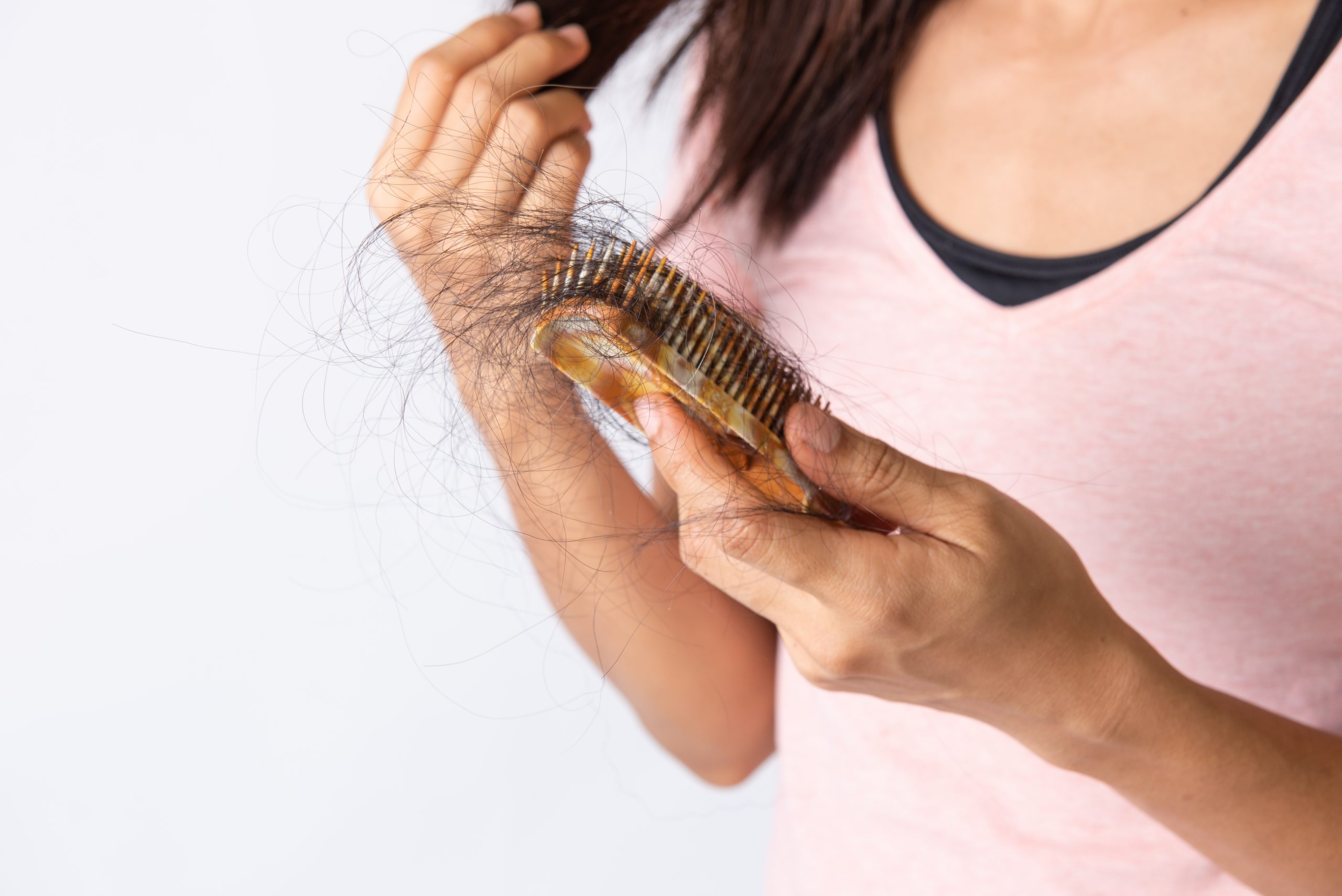 Experts say it’s normal for humans to shed around 50 to 100 single hairs per day. While some fall out – others grow in. It’s a natural balance. However, hair loss happens when the balance is disturbed, meaning hair falls out but less hair grows in.

Hair loss is a common problem faced by women in the UK, states a report in the Express. In fact, a recent study conducted by salon Philip Kingsley has revealed that 75 percent of British women who were surveyed worry about hair loss.

The survey results also showed that over 40 percent currently experience hair loss or hair thinning and three quarters have admitted that they are worried about suffering from hair loss issues in the future.

A total of 90 percent of women in the study reportedly said that they thought about hair loss at least a few times a day. Many also admitted that to the fact that it impacts their self-confidence – forcing them to shy away from social events and photographs.

The most significant cause of hair loss in women is female-pattern hair loss (FPHL), says Cleveland Clinic. This condition affects about one-third of susceptible women, amounting to around 30 million women in the United States. Cleveland Clinic also mentions that it is estimated that more than 50 percent of women experience noticeable hair loss.

Anabel Kingsley, Philip Kingsley brand president, and trichologist is quoted as saying: “Women are in the grip of a hair loss pandemic. Hair loss in women has always been a common problem.

“But the problems have been exacerbated over the past few years because of immense psychological and physical stressors including Covid, the modern-day pressures experienced by women, women not having time to prioritise self-care, and women not having their health prioritised by others.

“I see so many women experiencing hair loss resulting from dietary inadequacies that have stemmed from self-deprivation, not nurturing themselves with balanced, fresh, and wholesome meals, as well as from misinformation on what healthy eating looks like.

“I also consult women each week with undiagnosed and untreated iron, ferritin, vitamin B12, and vitamin D deficiency and hormonal imbalances, which are worsening both shedding and density changes.

“On top of this, women feel pressure to have-it-all and do-it-all, sending cortisol levels rocketing – which affects their strand’s growth and health. Ultimately, there has been the perfect storm for hair loss.”

However, hair loss is always caused due to a certain reason and often can be fixed with expert tips. So here are some effective tips to not only help you combat hair loss but also to help you preserve the hair you have.

Losing hair is never trivial,  so speak up and seek professional help to take control of your hair.

Ensure your diet is rich in proteins, healthy fats, energy, vitamin B12, zinc, and iron.

Look after your scalp and avoid scalp inflammation, microbial imbalances, and hormonal sensitivities that can affect your hair follicles.

Choose your hair loss products carefully and understand how they can enhance the health of your scalp and hair.